There was a (very recent) time where I freaked out at all these bugs, but while learning to survive in my garden, I've made my peace to some degree. I'm still getting over these fears, so hopefully writing them down will help me process them constructively. 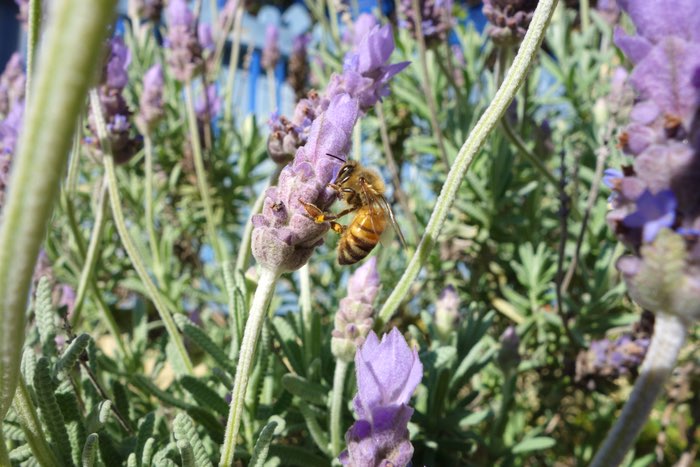 Bees have freaked me out since forever because they sting. Watching My Girl didn't help. Yes, I know a bee and a hornet are different, but it's all the same to a neurotic 10 year old. And the buzzing sounds angry ALL THE TIME.

But bees are OK because of their contribution to our food system. I love me some good bread, corn, berries, fruit, honey and 100% cotton shirts (to wear, not to eat), and would be very sad to see those go, or become stupidly expensive because our primary crops have to be hand-pollinated. Plus, I was stung by a bee some few years ago, and didn't puff up and die. That gives me one less reason to be scared of them. :) 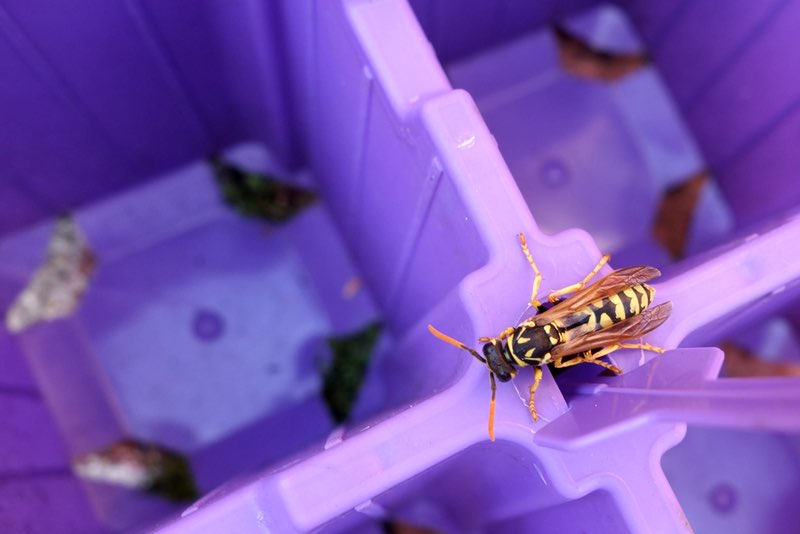 Everyone knows wasps are not your bros. The jewel wasp zombie video and Body Invaders video will be enough to turn you if you're not already creeped out by wasps. I just... agggh, eeyuk.

But wasps are bros because they eat the caterpillars that eat my veggies, so I guess we are kind of bros. This imgur gallery on wasps gives a balanced view on why they're OK. I still wouldn't want a nest in my garden, but near-ish my garden is fine.

Admittedly, I like ladybugs, except for the idea of being caught by their stink juice. Their dots occasionally trigger my trypophobia (nsfl, this is the 'fear of dots/holes' thing), but aside from that, they're OK.

I'm all right with ladybugs now since learning they eat aphids who wreak havoc on my plants by damaging leaves, encouraging fungus, and attracting ants to my home. 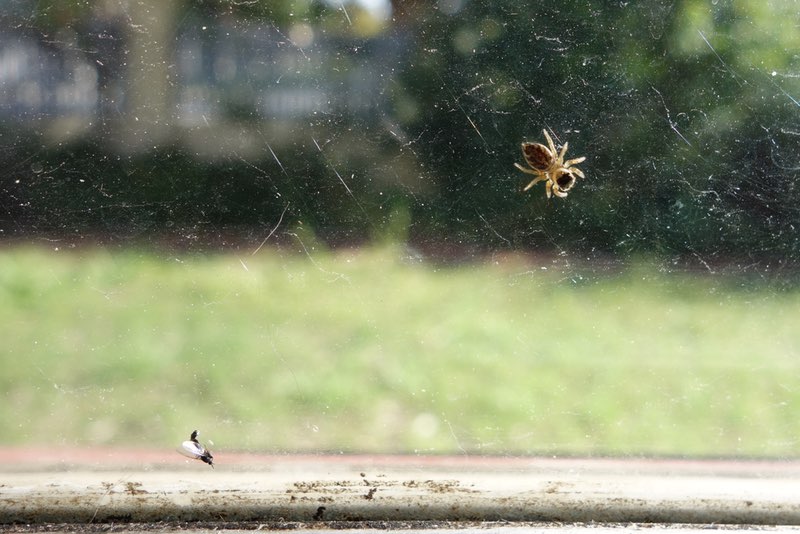 I don't know why I'm scared of spiders, but the fear has been with me for as long as I remember. I should never have watched Arachnophobia in my teens. The necrosis thing (omg gis nsfl) is just awful. I know spiders are useful, but when they just sit there waiting to scare you shitless when the lights come on, it's hard to think of them as friends. I'm looking at you, giant a-hole garden spiders who weave webs across a whole sidewalk for people to walk into.

But yes, ahem, spiders are your friend because they help control the population of real pests, they're a tasty meal for birds, a tasty snack for humans in some cultures, and providers of silk. And Christmas spiders are too cute. 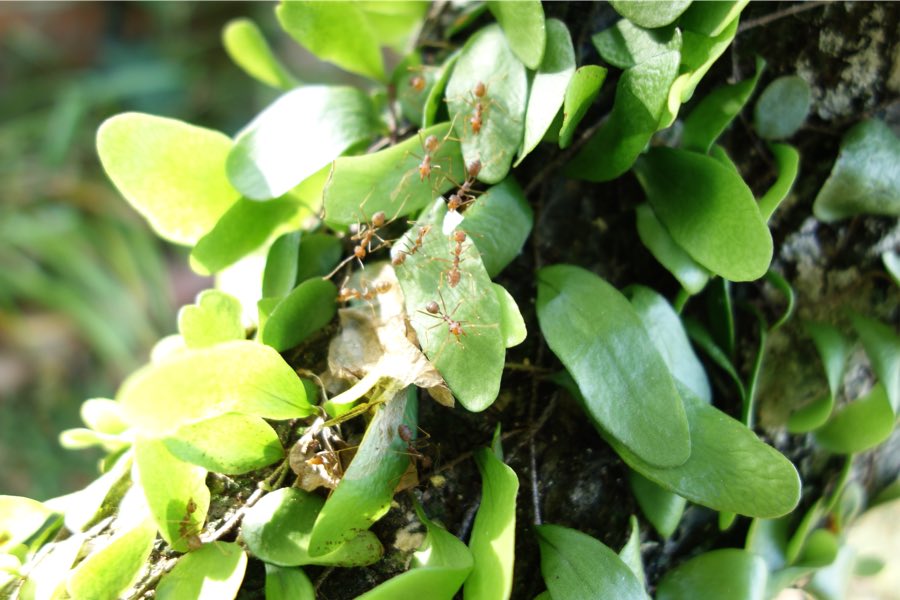 So, ants. We have a love-hate relationship. In summer, ants are everywhere in Perth, but we've been lucky so far to only get the tiny black and red ones. I say lucky with tongue in cheek. Once, they climbed from the garden to our second-storey study to get at my pizza. No exaggeration. My back was turned for half an hour, and when I went back for the last slice, there were ants all over my plate, trailing out the window.

But I tolerate ants because they do some useful things in the garden. And them coming in for crumbs probably keeps the house cleaner than if they didn't. It's important to remind them who's boss, though, so they don't steal your pizza all the time. Where possible, we avoid poisons and find that cinnamon is a decent deterrent. My mum also reports good results with white vinegar spray.

I grew up accustomed to small, un-alarming garden centipedes. It wasn't until I was much older that I realised one of these nefarious things could have easily been waiting round the corner. And there's nothing like a good centipede story to turn an otherwise inert discomfort into visceral paranoia. Except maybe two stories.

But centipedes are actually OK when they're tiny and living in your garden. They're carnivorous, so will prey upon cockroaches, flies, moths, silverfish, spiders, worms, and even other centipedes. They're not ideal in large numbers, but will do good in a balanced garden ecosystem.

I remember a desensitisation test in a first year psych tute, where I had to sit and stare at a box of cockroaches, and periodically report on how creeped out I felt. In theory, you're supposed to feel less creeped out over time as you get desensitised, and one guy grunted that I was surely faking it when I said I was more creeped out by the end of my 15-minute test. Bless him.

But cockroaches aren't so bad from far, far away and out of sight. They feed on decaying organic matter, so their poo releases nitrogen back into the environment. This is good for the soil, so it's good for the garden. Cockroaches are also a food source for birds, lizards, and rodents. 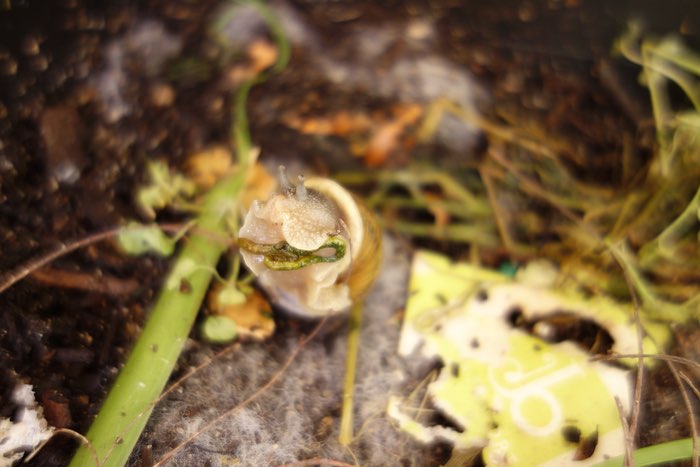 I hate moving a pot and seeing a cluster of snail shells stuck to the wall behind - maybe that's another trypophobia trigger. The idea of killing snails with salt was exciting until I actually saw what happens. Then it was horrifying. This all left me in that in-between "you scare me, but I can't do anything about it" zone where anxiety doubles on itself.

But now I like snails because they help out with compost the same way worms do. They don't just eat your live plants, they'll eat the dead ones too. Once I get over the initial shock of finding a surprise snail colony, I am delighted to acquire more minions for my fertiliser army. 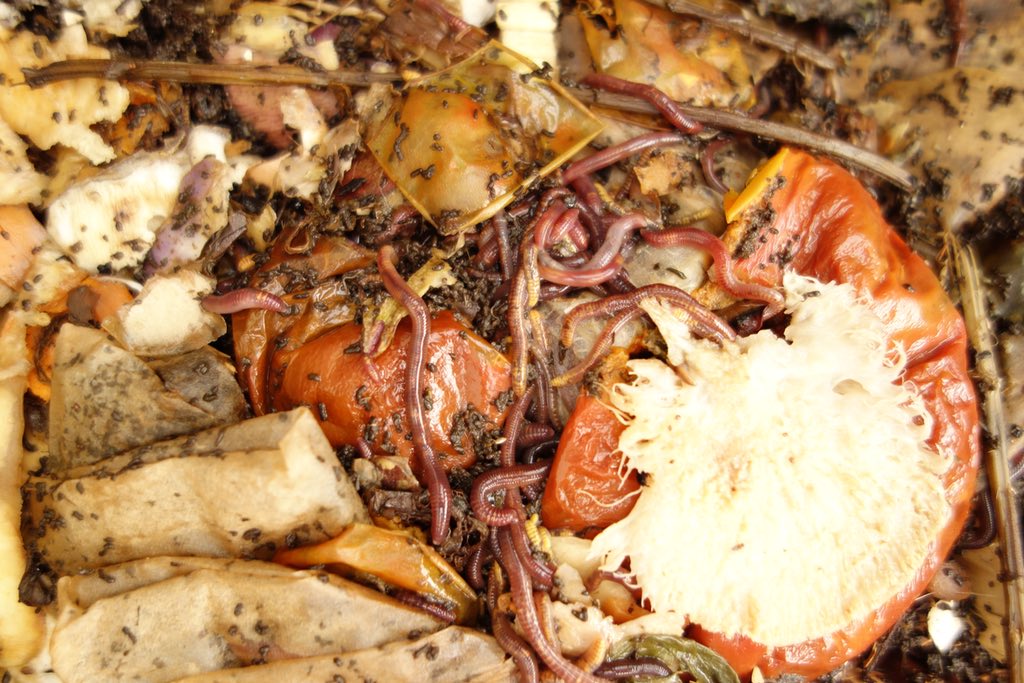 Ah, my wormy babies. I've been a worm mama for a few years now, yet I still feel a pang of disgust when I see a ball of squirmy worms. I keep imagine baby worms bursting out of their saddle like wasp larvae, even though I know they lay eggs. But that's my prejudice, which I'm working on.

Loving worms is easy cos they're useful. Simple as that. They turn kitchen waste into black gold, which in turn gives us food.

Finally... Uh, yeah, so fuck these guys. Or should I say, ladies. It's the female mosquitoes who buzz and bite and be generally annoying. I still hate them. To the point where if I hear a mosquito and my partner doesn't help me do something about it, he becomes the target of my ire. Once upon a time, I experienced uncontrollable meltdown-level rage, but I have mellowed out over the years. Now it's just an itchy, uncomfortable seethe.

But let's try to see the good in everything, even these bitches. According to experts on ResearchGate, mozzies are good because they're food for nicer species like spiders, bats and fish. They also pollinate plants, and I wish they'd spend more time doing that instead of biting me.

And now you know more stuff about bugs. :)