My Chinese isn’t very good, and my memory is fading as I get older, so thought it prudent to create a dim sum dictionary for my hungry, aging self as well as for my western friends. The term ‘dim sum’ seems to be a Perth thing – Sydney and Melbourne people tend to call it ‘yum cha’ – but wherever you are, this rough guide is about those yummy dumplings, buns and dishes that are the best brunch.

Pardon the generalisation – I know non-Asians eat the weird stuff too. I’ve made these groupings based on what I see my friends order. 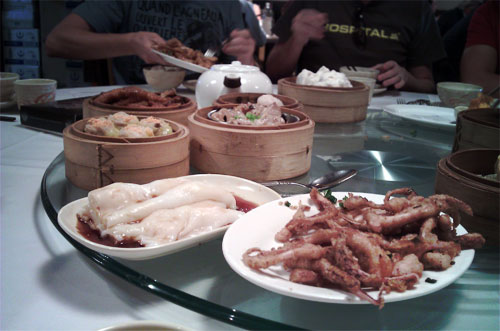 A selection of dim sum goodies. In the foreground are prawn cheong fan and yau yu sou; mid-ground are shu mai (lefr), feng sao (the brown one), pai gwat (right) and I’m not sure what’s behind the pai gwat, maybe a har gao; background is char shu bao (white fluffy thing).

Weird Asian stuff that Mum taught me to eat 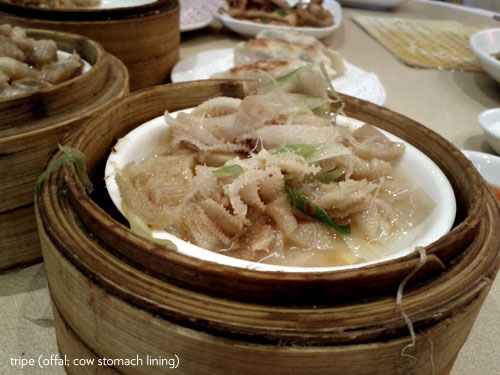 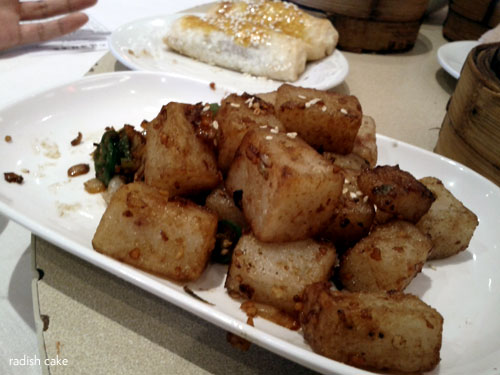 Mum always told me that drinking strong tea with your dim sum helps your body break down the fat of the food. From what I’ve learned about pu’erh tea, and tea in general, there might be some truth to this. Not to mention how crisp and fat-free your mouth feels after a hot, bitter sip of bo lay. My non-tea-drinking friends normally order Coke, which I’ve heard has ‘breaking down’ properties as well, but I prefer tea.

The story of Dim Sum

Dim sum is a breakfast/lunch type of thing, traditionally starting as early as the early morning and finishing as late as mid-afternoon. It’s a festive excuse for Chinese people – a fun way to spend time with your family and friends. When I was a kid, weekend dim sum was the highlight of our day.