I used to feel awkward about getting footage of myself working out. Would people think I was conceited? Am I actually superficial and image-conscious? Or worse, am I secretly a narcissist?

The answer is... maybe. But it kind of doesn't matter.

Conceited or not, you can learn a lot by seeing yourself working out in photos and video. Are you in the right position? Do you favour one side? Is your posture appropriate for the activity you're doing? Martial arts noobs, are you generating power from the hip?

It helps to have a fitness buddy who can shoot/film you, but propping up your phone nearby will do the trick. You're already a step up with anything that captures key points in your workout from an outside perspective.

In the following photo, my lower back posture is bad, known as "banana back" — not great for the handstand, not great for my back. But lacking in body awareness and core strength, I would never have picked up on it if not for this selfie. Seeing myself make this mistake helps me recognise the problem so I can fix it. 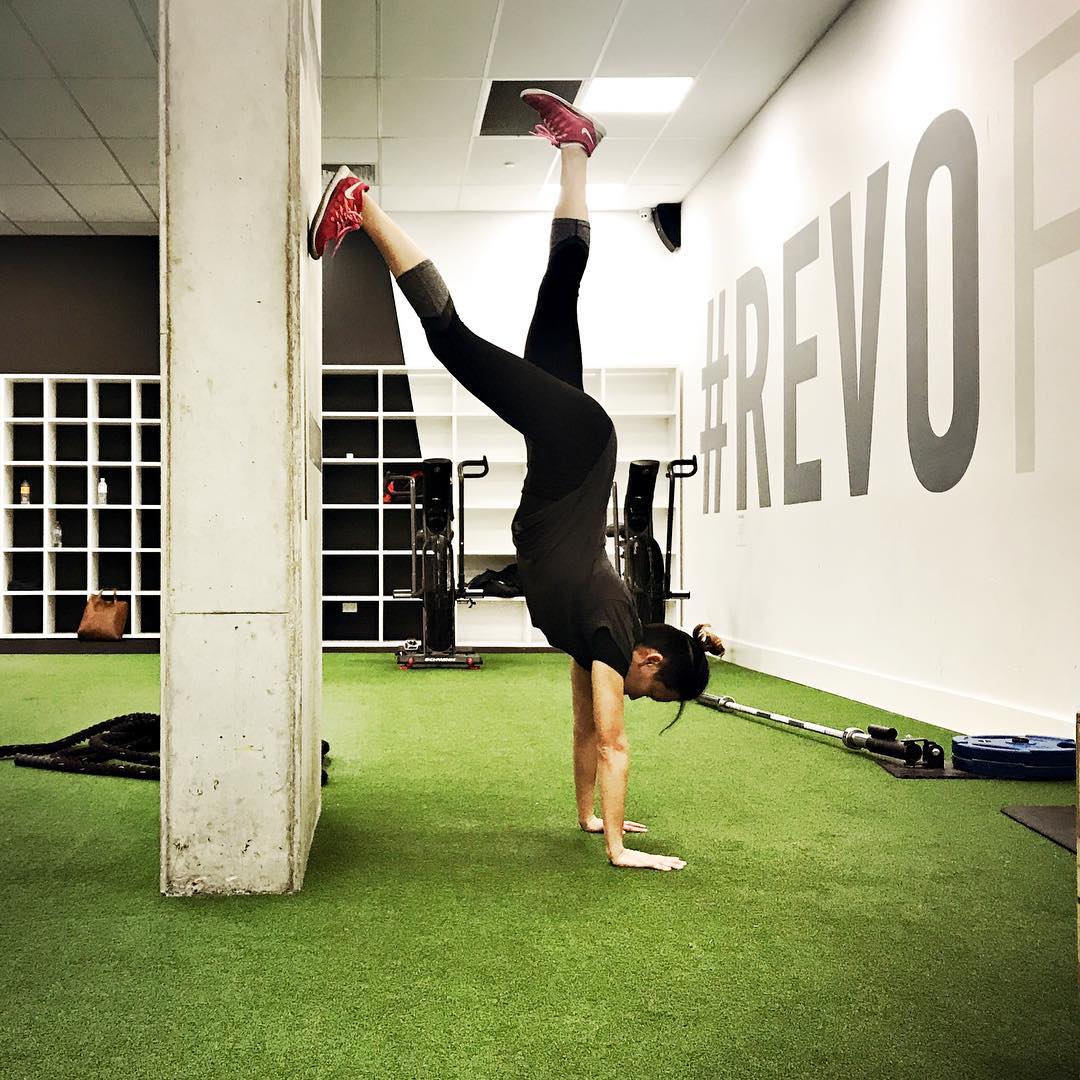 Workout selfies have a psychological benefit too

Especially when you're trying to motivate yourself to work out more. Seeing yourself in the midst of fitness reinforces the idea that you're the sort of person who exercises.

Over time, this becomes part of how you see yourself — your identity — making you more likely to keep exercising. That's the theory, anyway. If you want to look it up, it's called Identity-based motivation theory.

From Identity-Based Habits: How to Actually Stick to Your Goals This Year:

Each action you perform is driven by the fundamental belief that it is possible. So if you change your identity (the type of person that you believe that you are), then it's easier to change your actions.

This explains how some people can change so quickly, seemingly overnight.

Like my father-in-law, for example, who was a pack-a-night smoker party boy in his youth, until he made a bet with his mates that he could beat them in a marathon race. The next day, he flicked a switch in his mind and decided: "I am a marathon runner."

Now, I don't know if he got his arse kicked in that race, but by changing his perception about who he was, he was able to cold-turkey quit smoking and start running. That a freaking good win, if you ask me.

But people will judge me!

This is a very valid and common fear, but at the end of the day, we need to ask ourselves:

Are the people who judge us setting a good example?

Because, you know, if they're sitting around judging you instead of doing something healthy and meaningful, that says far more about them than it does about you.

But if you want to work out, want to motivate yourself to get off your arse, want to see yourself as someone who can do the thing, then by all means, take a selfie and don't feel bad about it.

It's nobody's business but yours 😊