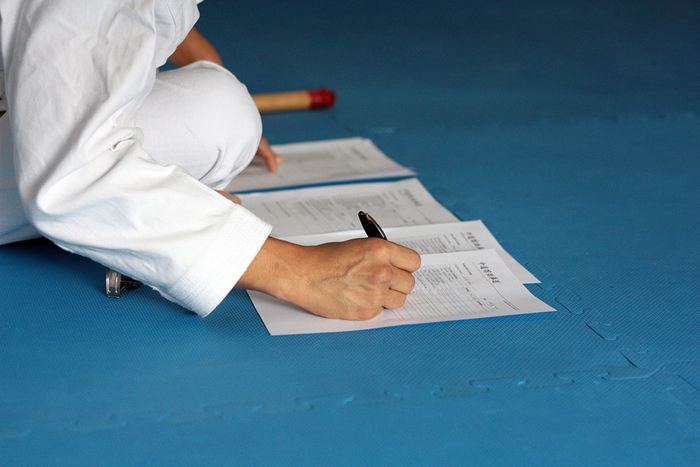 I had my first taekwondo grading on the weekend. It was an interesting experience! Very different to watching someone else grade, because you're the one put on the spot. You can know something, yet draw a complete blank when having to show it with your body in the centre of a room, surrounded by people watching. Arg.

Hopefully, I passed. Apparently it's abysmal to fail the first grading, because the goal at white belt is to understand you have body parts you can use, and get a feel for how to use them without accidentally hurting yourself or other people. It's the equivalent of say, when you're learning to touch type, understanding you can use fingers to type words, and you don't even have to smash the keyboard with your face. Obvious, right?

The techniques to pick up at each level are based on the kata (form, pattern) for that belt. A kata acts like a textbook, but in live action form. All the techniques and knowledge are in there, but you have to read, interpret and apply it in real life.

My kata is called Chon-ji, meaning "heaven and earth". One interpretation says it's so named to remind the student that they're only one part of a bigger picture. Another interpretation says chon-ji means "heaven the earth", referring to the creation of the world - so the name suggests the student's creation as a new martial artist. I don't know which one is right; perhaps they both are.

Anyway, I had to: 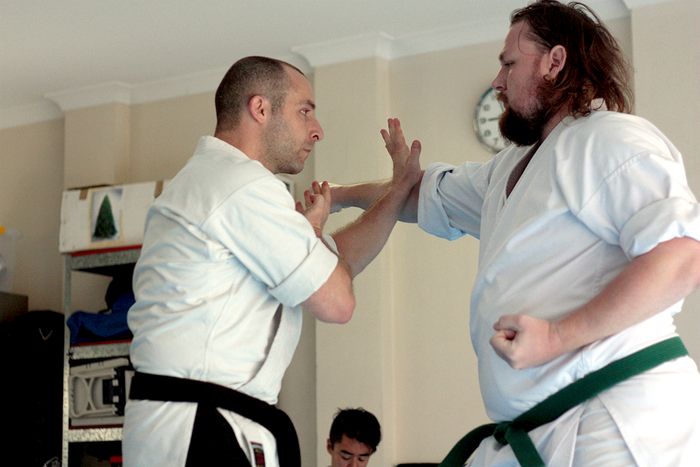 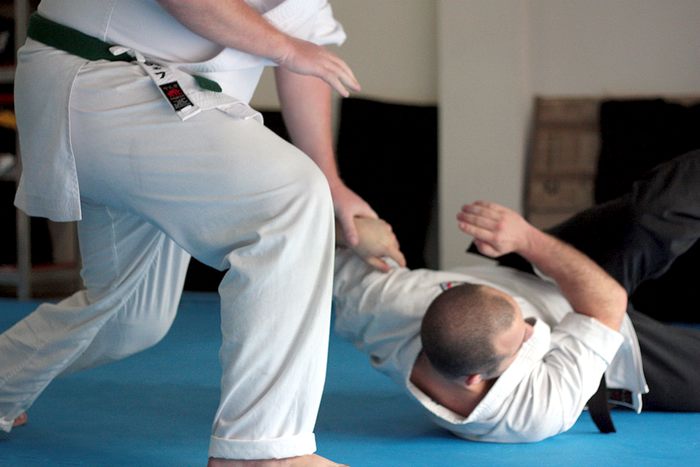 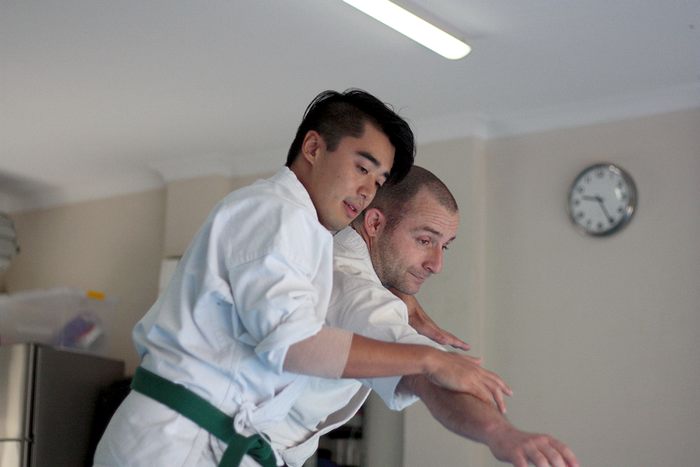 I don't know how other schools teach, but what I'm enjoying at my school is the emphasis on concept-based learning. Getting taught principles early means you can learn a technique in the way that works best for how you learn, whether you rote it or find some other way.

For me, it's getting to do something hilarious and fun, and then deconstructing and reflecting on it after. I have to get a long view of things before I feel safe trying what's in front of me. I've gotten to try a lot of stuff well above my belt, which has made learning the stuff at my level much, much easier.

I also learn by sharing, which is why I've written this. I hope fellow white belts or anyone thinking of taking up taekwondo find it useful. :)