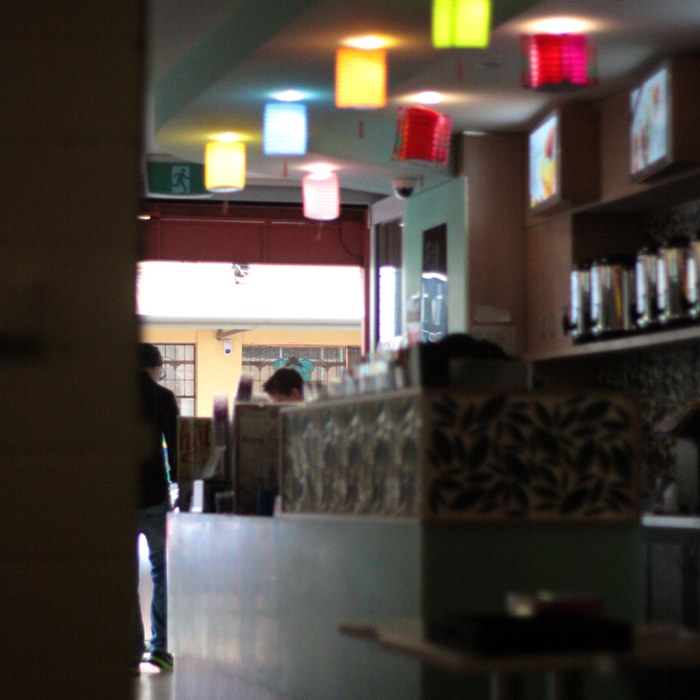 I find World Cup season an interesting time, for reasons more than football fever and sleep deprivation. In the lead-up and throughout this period of the quadrennium, I feel heightened pressure over which team to pledge allegiance to.

This was most pronounced at the last World Cup, where the first day I wore my England shirt, I got comments along the lines of either, “You’re only supporting them because your boyfriend supports them,” or even more disappointingly, “Shouldn’t you be supporting Japan?”

These situations, and ones like it, pull so many things into question. Do friends and colleagues see me as a person, or as a token stand-in for a gender, group or culture? Can I trust the judgement of one who thinks I can only appreciate things through a male counterpart, or white counterpart? And, most disconcertingly, how much of my disappointing experiences are my own fault?

A few years ago, I made a conscious decision to not have an identity. I saw that many interesting things in the world would remain out of reach if I held onto the idea of my ‘self’, as this or that type of person.

This opened doors. I travelled, made music. I let go of likes and dislikes, in favour of trying things to find out for sure. I found new hobbies that are pretty much my life now. I made new friends I never would have crossed paths with otherwise.

Of course, along with benefits came challenges and many awkward conversations - particularly when it came to gender expectations. I realised late how much this can impact relationships with people, particularly when it’s assumed you’ll behave as straight and cisgender as you look. I once overheard a female peer remark, “There goes Sandy, playing with the boys.” I was called unsupportive by girls who found we didn't match where we should have, and competitive by the ones who decided that was my fault. I was told of wary wives and girlfriends.

In an unrelated episode (or perhaps indirectly related), I was in sessions with a psychologist, seeking help for anxiety and depression. We talked about feeling like there was no point to anything, because we could be hit by a meteor at any time, or at the very least, be engulfed by the expanding sun.

We talked about my having to account for the worst possible scenario. All the time. How I couldn’t just go out and, say, buy a cute watch, because what if I were in a plane crash, I would need one with a knife and flare, and waterproof to 50m just in case. The cognitive load for every task was insurmountable. We talked about pathological worry.

We talked about having no direction. How everything was relative. How difficult it was to know what to believe in, and how you end up in circles looking for a starting point. We talked about rumination.

We decided I needed to take stock of what things meant to me, in light of my own experiences and moral compass. I needed to package each thing just as neatly as other people’s comments, so they could be easily remembered and understood. 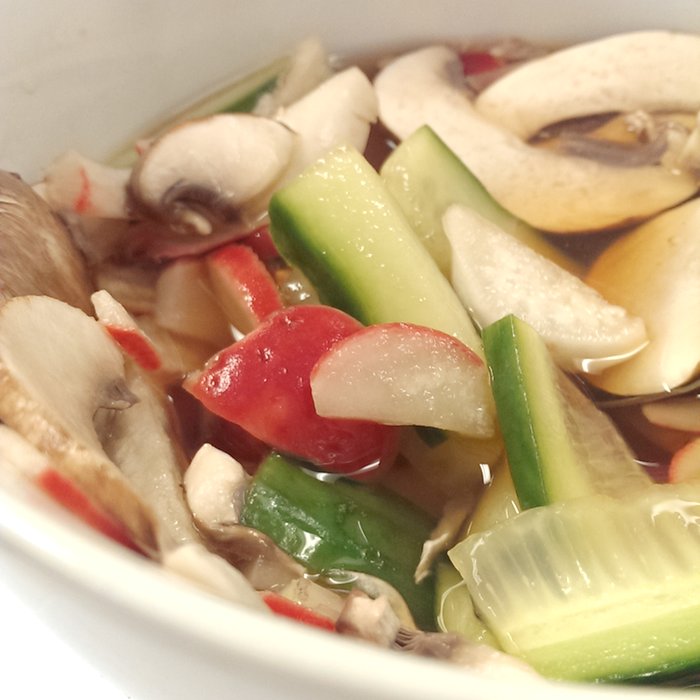 I spent my childhood in an Asian country as one of a demographic minority. To make things even more interesting, I was raised with English as my first language, and little drive to learn my family’s or my country’s dominant languages. Ours was a collectivist culture.

When I was twelve, we moved to Perth, a city more than 3 times the population of the place I called home. Language was no longer a barrier, but I found hurdles in reconciling life between worlds. If I adapted to our new culture, I got in trouble at home; if I stuck to our old culture, I struggled outside of home.

That's not to say my childhood was unhappy. Had it been anything else, there would still be ruminations over how to fit in.

As an adult, I face “where are they now” versions of my childhood and adolescent challenges, which emerge in ways invisible to those around me - sometimes invisible even to me. For instance, I have a complicated system for picking sports teams to support, because it’s not just ‘the one closest to home’ when home isn’t bound to a location. I constantly stress over which parts of the house we can wear shoes in, because it’s neither practical to be strict, nor hygienic to be slack.

I wish I’d learned earlier how endemic one’s cultural upbringing is to one’s identity and ability to relate. And more importantly, how isolating it is when you look like you should match your surroundings, but don’t. When you don’t see what someone else sees, you miss the context. And they miss the context of you. Maybe you get called arrogant by people who can’t understand your experiences. Maybe you get called competitive by people who can only speculate your motivations. 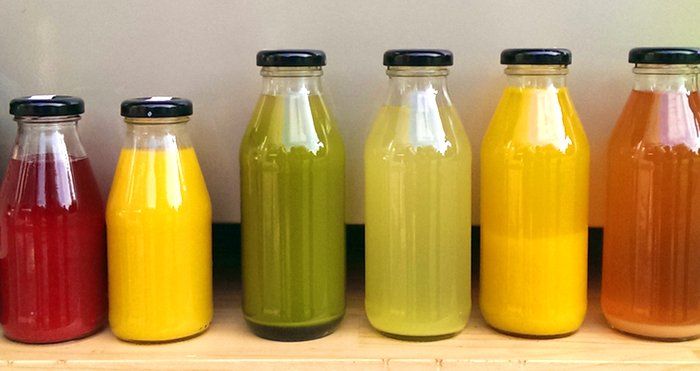 “Diversity” is a blanket term covering variations in gender, sexual preference, race, culture, interests, intellect, motives... the list goes on. It casts a wide net, in which there are many gaps in understanding. The lesbian sitting next to me during a diversity training session reflected on her experience of coming out at work: her straight male boss expressed relief that she would never need to take maternity leave.

We talked about how alongside acceptance and equality, it was important to proactively represent yourself if you’re in a minority. It occurred to me that though I lived in an individualistic society, and adopted many of its cultural attitudes, I was still silenced by influences from my childhood.

It’s unfortunate some can’t speak up without wearing the brunt of persecution. But for those of us who can, representing an identity helps to familiarise and educate people under non-threatening circumstances - people who would understand, but just never needed to before - thus contributing to a world where more individuals can be themselves.

Foregoing my own identity meant I had little to represent, but this was a symptom, not the problem. If identity is best when it’s authentic, it needs to come from a person’s own values, and mine were tangled up in a lifetime of different and conflicting perspectives.

With help, I discovered (pdf) my values weren’t what I expected at all. For example, I found I didn’t value socialising as much as intimacy and family. Which meant my routine of going out so often, exciting as it was, didn't match what I needed to feel connected and fulfilled.

I now had a place to start considering who I was, separate to my varied and hectic surroundings. My sessions with the psychologist ended soon after, as I had found something in myself I could believe in. 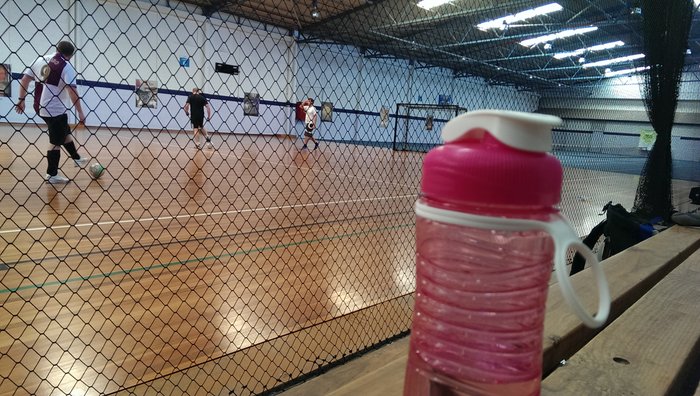 Interestingly (or perhaps obviously), my conflicts with gender expectations diminished when I found gender and orientation identities that fit. I’d been reluctant to outwardly identify; in equal parts fearing it would be too showy, and believing it shouldn't matter. But in the end, it did matter. To the people who felt betrayed by my looking one way yet behaving another, I could confidently say, “I’m sorry, I’m not that type of girl,” and no more questions would be asked.

Having more of an identity, I recognised more clearly the people I could identify with. I felt less pressure to conform, and less anxiety when I happened to be different. This is all a work in progress still, but having some direction gave me one less thing to worry about.

As a person who fills multiple diversity gaps, I wear some responsibility for honestly representing myself, offering perspective to stave off conflict. I have to be simply me, simply representing me. As everyone does.

Maybe it’s harder when you’re the only one in your corner, and the voices of your peers don’t resonate. But that makes it all the more necessary, I think, because you’re a person too.