At the start of 2013, I decided to do one thing each month. Thing being anything of reasonable significance to me personally as an opportunity to practise discipline, creativity, bravery, commitment or trying something new. I felt I was very close to being in a rut, and needed to find ways to push myself.

2013 is now over. I learned that you can be exhausted for two reasons – one from having nothing to do and feeling like crap, the other from tiring yourself out doing ten million things you love. While consciously taking on projects was exhausting, I feel better for trying. This is one thing a month, my year in review.

My first mobile game. A game this simple would take a regular developer a week to do. This took me three weeks total, stretched out over two months. Just a tiny bit of work every now and then; learn one small new thing every couple of days. In uni, my dream was to work as a game designer, so this was a way of making that dream come true on a small, achievable scale. All these years, I never tried for fear of the unknown, low confidence and not enough immersion in gamedev culture. Now I’ve done it, I feel stupid for having being scared. It’s so easy with just a small amount of coding knowledge and a willingness to have a go. Start simple and build on it, accept it won’t be perfect, do one thing at a time.

UXpla.in started as an email to a colleague who wanted to get more involved in the UX of things, but didn’t have a design background or oodles of time. I don’t believe UX is or should be esoteric. To me it’s about using common sense and easily-researched knowledge to balance various human and technical factors. So long as you have empathy – the ability to appreciate another person’s point of view – you have the capacity for UX design. Skills and knowledge can be acquired, but empathy starts with oneself and forms the basis for considerate design. Of course, fatigue is often a hurdle, especially for overworked designers, but a little empathy given to you can help with that too.

I had hopes to merge sandy’s front end into this site, but we’ll see how things play out. 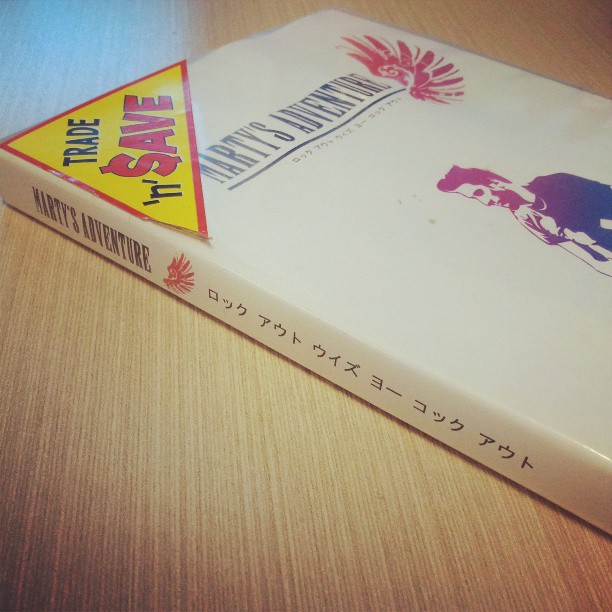 A JRPG-style game using RPG Maker, made for a friend’s birthday present, with our whole group of friends as characters. I expected this project to be a breeze, but even with such a comprehensive tool, it required so much thinking. RPG Maker took care of all the code, art, spites, animation and music, which left me with ‘just’ level design and event handling. ‘Just’, my arse. So much thinking.

It was my secret obsession for six weeks. I couldn’t tell anyone until it was close enough to being finished that I knew I wouldn’t abandon the project. That was hard – saying no to fun gaming nights because I had ‘work’ to do. The birthday boy enjoyed it in the end, which felt damn good. @niaalist was very patient with me, and even designed the box. Best at-home teamwork. :)

We refurbished an old scratching post for the cats. This was groundbreaking for us cos we’re soft, privileged, suburban first-world kids who work on computer. The skin on our fingers is soft. Taking something apart and putting it back together better is different to getting lint out of a washing machine filter. It felt great to construct a thing, a rude and ruddy thing that can withstand rough treatment.

The cats loved it. They’ve loved it so much, we’ll have to refurbish again soon. 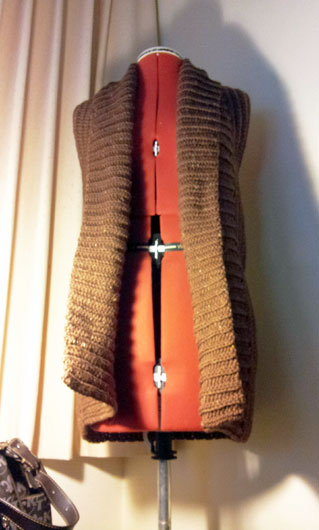 A woolen vest. Yes, I made this. By hand. With yarn. Almost a kilometre of it. It took a damn long time. All up, I’d say 40 hours of crochet over a week and a half. I got neck and shoulder pains from the repetitive motion, went bonk-eyed from staring at the same thing for ages, but it was worth it and I never want to do that again.

The lady at the yarn shop gave excellent advice when I started. She said, “Do one bit at a time, don’t try to think about the whole pattern or you’ll go crazy.” So pertinent. When designing a web-anything, I think about many things at once – connect things that work independently of each other, understand relationships between those things and what derives from them. Multitasking is useful. Crochet seems to require the opposite approach: donkey-stubborn single-mindedness.

I failed June. I started a lot of things – drawing, music production again, waking up earlier – but finished nowt. I resigned from my job, though. There was a lot of flux in my life. That was my excuse. I spent time on small things like ENJOYING UNEMPLOYMENT, and refining my curry-making technique.

My project was meant to be a painting on canvas, but I underestimated the effort and skill it needed. My hands weren’t used to holding a paintbrush, my eye was off. I took many breaks. This is where I could decide to stay an expert beginner and only do easy things, or prepare to put some effort in and learn stuff. I don’t know if I want to be an amazing painter enough to work so hard at it, but I did take comfort in being 32 and not a superstar at anything, so there’s no pressure to spend the rest of my life working too hard to see if I might be a prodigy.

June was poor on paper, but I got to practise admitting defeat.

So to make up for June, I did two things in July – finished a painting, and made a scarf. Wee! 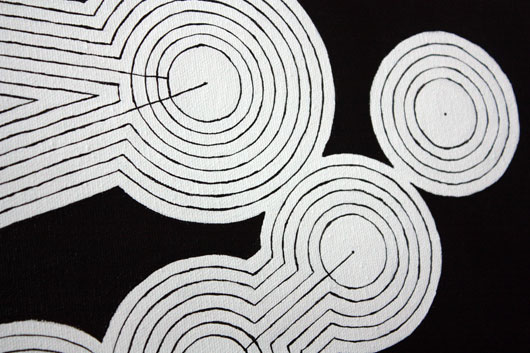 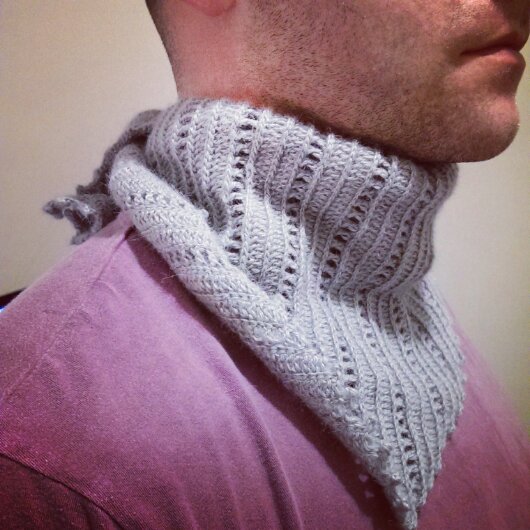 I don’t read as much as I used to, so I wanted to make an effort. I picked up ‘The Fifth Mountain’ by Paulo Coelho from the book stall at Murdoch University‘s Thursday markets. It was just as lovely as Coelho’s ‘The Alchemist’; both read like a fable for adults.

A silly 30-second song for one of @shadowmint‘s gamedev projects. It’s a short track, but it made me realise just how much thought and effort goes into making music. And that’s even after watching Mat as he worked on the song we made together. Some things you can’t tell just by watching, you have to try it for yourself.

Arg, I failed again and finished nothing. But aaaah, I started Horticulture study. After months of weighing up options, I decided to do it through Open Colleges (online TAFE) in my own time and at my own pace. I did start a ricky board for October, but did not finish. I did paint more and try calligraphy with a dip-in-ink nib pen, trying to find a nice way to make my ricky labels, but it was all too much.

Background music for a gamedev project with @niaalist and @stafu. We made a traffic control game set in a military state, as part of GitHub Game Off 2013. I wanted something a bit intimidating, a bit uplifting, and a bit military. We had to rush in the end, and I don’t think I got the mixing right – I felt I hit my skill limit, which was frustrating, but shows where I need to work harder next time.

December – the Ricky board (finally), and making gifts for my family 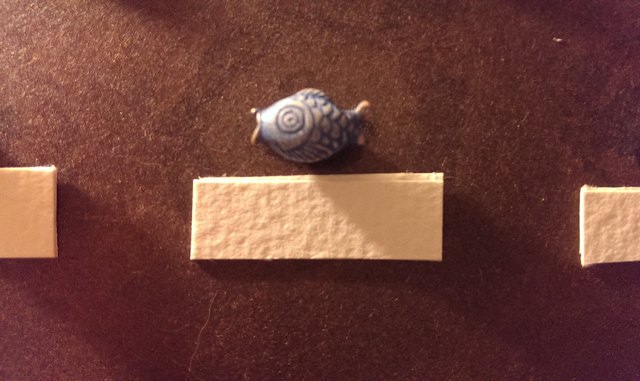 Finally finished the Ricky board. And made Christmas presents for my siblings and cousins – the ones I would see in person at Christmas, anyway. I decided to do this at the start of December and managed to complete FOUR pieces (five if you count the one I’m mailing to Sydney for another family member). They’re simple things, but I’m proud of having stayed focused and completing them in time.

I’m not sure right now what I want out of the coming year, but there’s no rush to decide. The year is still young yet.