There was a time where this blog was a big part of my life. I don’t love the idea that something once held so dear has been relegated to “the oubliette”, so let’s not say I’ve given up just yet…

Because I haven’t, really. There’ve been many times over the last however-long where I’ve thought about this blog, opened up the post editor to write, gone as far as drafting something to near-completion, and then just… giving up.

There’s always a reason for it. And I figure what better way to break the silence than to explore what makes it come about in the first place.

So here’s why sometimes — for long stretches of sometimes — I don’t blog. Or more specifically, why I haven’t been blogging much in recent years.

It’s a hodgepodge that fills my days and evenings, and the one job I must consciously put effort into is ensuring “being busy” includes some me-time too.

When the mandatories and obligatories are done, I end up needing to choose between “what I like” and “what I love”. And while I do very much like this blog, it still comes second to, say, spending time with my cats and minding my mental health.

A younger me — the one who wanted it all, wanted to be a social butterfly and still have energy left to write — might have been sad about this once, but for where I’m at now, when the things I love are the things keeping me occupied, I’m kind of okay with it. 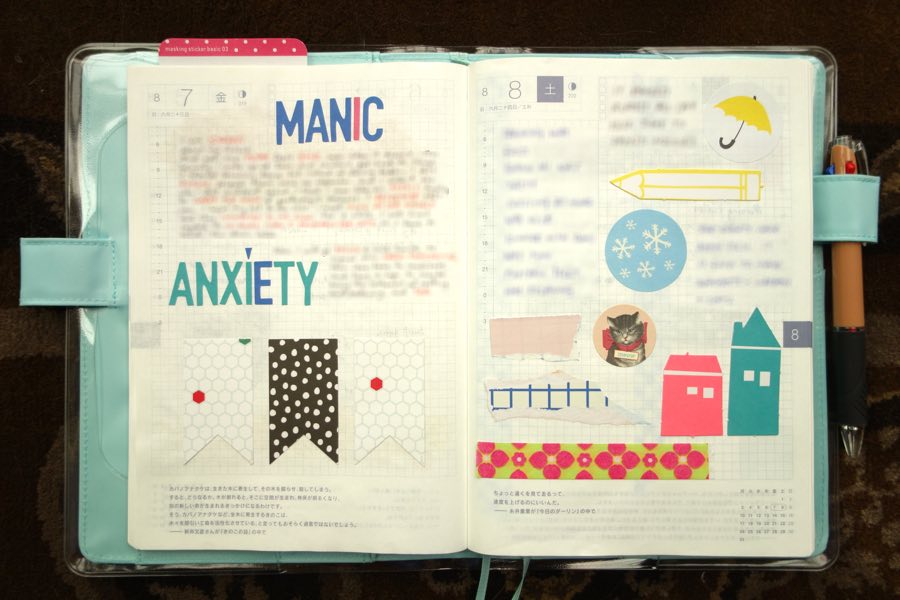 I’ve probably not talked about this as openly as I could have in the past. I get depression and anxiety, am prone to stress, have been in and out of therapy as well as on and off medication. It’s fine and I manage, but, mate, I tell ya — sometimes it packs a punch.

When bad patches hit, I try to avoid certain types of writing — blogging being one of them. Writing is generally considered therapeutic, so I wouldn’t tell people to avoid doing it when stressed. This is just a personal quirk of mine, as I sometimes lean a little too far into it and end up feeling worse.

When in a rut, it’s often better for me to write technical stuff like tutorials and fact sheets. If I’m lucky enough to be stressed when words aren’t in high demand, I can skip writing altogether and do something mathsy or visual instead.

I’m at peace and my head is quiet

Conversely, sometimes I don’t blog because I’ve found a bit of inner peace. My head voice is silent; thoughts and feelings manifest as pictures and concepts.

This can be frustrating when I do want to write something. It’s not quite writer’s block, as I don’t technically feel “blocked”. More non-verbal or don’t-care-ish.

When this happens, instead of writing, I’ll go do something sporty or crafty or gamey, or cook. And maybe I’ll blog about it later — or maybe I won’t.

I’ve not done anything blogworthy

This is a hard pill to swallow, and I’m not entirely sure I like its effects. How did blogging become about being noteworthy or entertaining?

I remember when it was just you being you + making friends through the blogosphere. Is it still like that? Have engagement-driven social media design patterns changed how we approach and consume online content?

Look, I don’t even know. But while I miss not thinking about it let alone caring, I do often question whether what I have to share is something worth writing about. And that’s when I actually have the feels about something. When life is more ho-hum, the questions become doubts that torpedo my motivation to write.

I’ve been doing blogworthy things I can’t talk about

And finally, we have the opposite of non-blogworthy. Sometimes I have a lot I would LOVE to share with you, but can’t for reasons like confidentiality, client privacy, uncertainty around the project, or simply running out time and energy after doing the work.

I would have loved to talk about designing that cookbook, for example, and how we handled such a fast-paced project with so many gaps to fill. But the work was so all-consuming at the time, just like the books I’m working on now, and what my upcoming illustration projects might be like.

(Ps. I’ve also had a little career development I haven’t blogged about yet.)

But I haven’t given up…

This blog’s not dead, it’s just sleeping the torporific sleep of a well-fed grizzly bear.

I’m starting 2021 with this idea that I’ll manage at least a post each month, but like your garden-variety grizzly and the year we've just bid farewell to, we never really know what’s going to happen 🐻