Last night, we sat around a chiminea, sipping whiskey and singing to an acoustic strum. It reminded me of being a teenager in my best friend's room, just hanging out.

Less of that happens nowadays. I don't want to say it's because life is busy as if hanging out isn't something to put on the schedule too. Because it is. But last night's stint wasn't truncated by having to be somewhere else.

It's a long weekend, the cats were fed, we had already been productive earlier in the day. We could afford to sit and yell in tune into the fire. 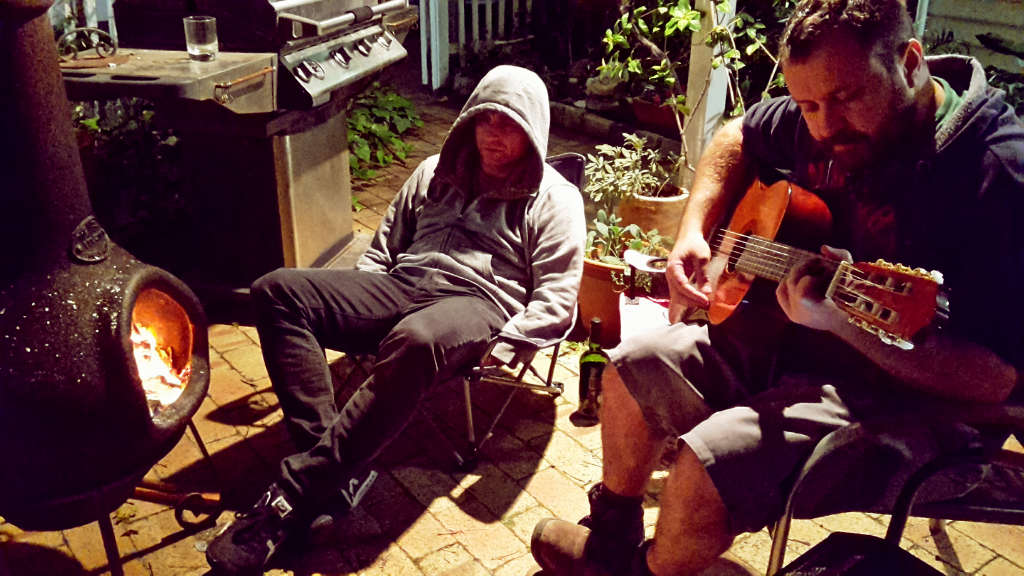 It was my first chiminiea experience. I had no idea they were such an old tradition. Did you know the first use has been traced back to around 400 years ago? And I'm sure there were all sorts of ancient covered hearths well before then too. And countless little groups of people getting drunk and jolly by the heat.

We barely noticed the cold. Our little bubble of hanging out felt like early spring or late summer, crisp and fresh but comfortable. When the embers finally reached their twilight, and we prepared to leave, the frigidity of the night became apparent. The air touched my hands and stunned them; one knuckle ached a bit. I thought of Yamato Tanooka by himself in the woods, and other people who've been lost and alone on cold nights; I felt grateful for our badly sung songs and simple pleasures.

We got home at one in the morning. I read a book until three.