I had my purple belt grading last Saturday. I was given three weeks' notice and found the lead-up both stressful and invigorating. Very invigorating, come to think of it. It was nice to train with a goal.

Purposeful, I guess. Where sometimes months pass by where anything could be anything. Maybe I understand the technique, maybe I don't. Without a way to measure it and take it seriously, who really knows?

I've been at blue belt for two years, maybe more. Which is waaaayyy too long, but well, it happens. One of our instructors tells me blue is traditionally the "great filter" at our school (we also have another "great filter", but I'll tell you about it another time)—that for one reason or another, some promising students charge ahead, get this far, then just... stop.

I felt it in the past year, hitting crossroads and not knowing which path to take. It would have been so easy to just quit, and so easy to justify it.

Obviously, I didn't quit. But I did wonder if I should. I looked at our instructors, who were themselves senior students once, and felt bad that I didn't train with their level of energy and enthusiasm. They'd get on with it and do the thing, while I died inside whenever I had to drag my arse out of bed on a Saturday morning.

I felt the pressure of our younger, newer students listening to what I had to say when I didn't feel I knew enough to offer safe advice. Despite enjoying the learning and the exercise, I felt adrift and frustrated and a little troublesome for others.

Now that I've been through the study sessions, the grading, and some reflection in the aftermath, I'm wondering if blue belt is the "great filter" because you can no longer focus solely on the physicality of the art—from blue onwards, the psychological demand gets much bigger.

Self-control becomes so much more important because you end up training opposite students at significantly lower belt levels, ie. you're asked to hit someone who hasn't yet learned the tools to minimise the damage you could do if you don't take care.

It's also more important because you train with people at higher belt levels, who now have a responsibility to put you through the wringer—so you need to be careful not to get tagged by things you should already know how to defend against. 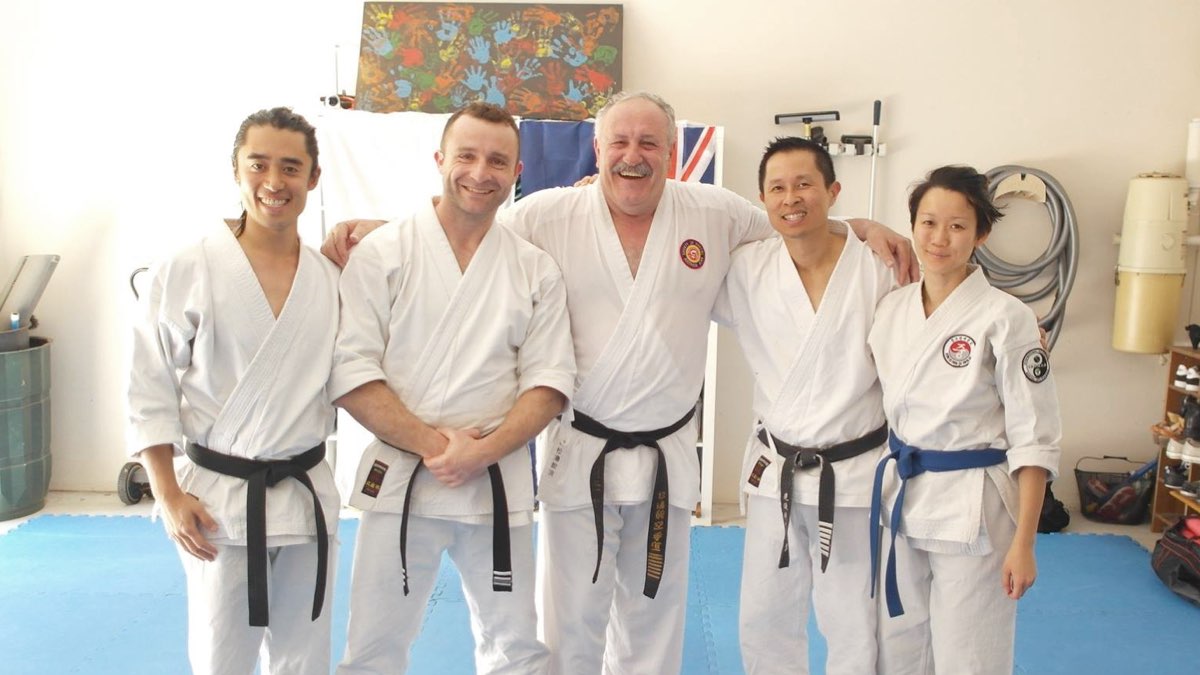 Sparring becomes more of a thing, which means learning to think strategically under duress. Though our sparring is super light, it's also full-contact, so there's a lot of duress.

Then come all these questions about personal responsibility. You know a bit more self-defence than the average joe—does this mean you have a responsibility to help someone who can't help themselves? What if you don't know them, and the risk to yourself is great? What is reasonable use of force? What is reasonable use of force if you're a small, fairly mild person facing a big, mean, aggressive person? I mean, these concepts are more pertinent to a black belt, but the door opens at blue—it's important to start thinking about it.

There's also the responsibility you have to your school and to the martial arts community. It's around this level that you get to play with students from other schools, so you have to mind your behaviour. And it's useful to know some of the history of your art, so you don't accidentally do or say something offensive. Perth is tiny, by the way. If you're an idiot, everyone knows it. That's not such a bad thing, but it's something else that adds to the cognitive load.

And there's the expectation to "teach". You're not an instructor, but you're responsible for helping the lower belts you buddy up with. And they'll be looking to you for guidance and assistance. Sure, you're always being supervised, but still. More mental load again.

You're effectively not a "kid" anymore.

You're expected to, in some fashion, lead.

Down the garden path

I felt pretty "sink or swim" this year, I guess. I thought it was just me, but now I wonder if it's a blue belt thing? 🤷🏻‍

We get plenty of technical instruction and lots of leading by example, but there's also lots of meta stuff I found I had to figure out on my own. Like how you can be instructed on what fork to use and how to hold it, but navigating the dinner conversation is up to you. And it relies heavily on what you bring to the table. Assuming you turn up.

Maybe this is the point where we decide whether we still want to turn up or not.

Strangely, even though this grading was technically the most difficult so far, it was the one I felt least worried about. Maybe because after being at blue belt for so long, the techniques no longer feel unusual?

Or maybe because the psychological layer, which isn't on the assessment rubric, was even harder to deal with?

Or maybe because I got to see what one of our instructors had to go through for brown and black belt, and this seemed like walk in the zen garden by comparison. 😬 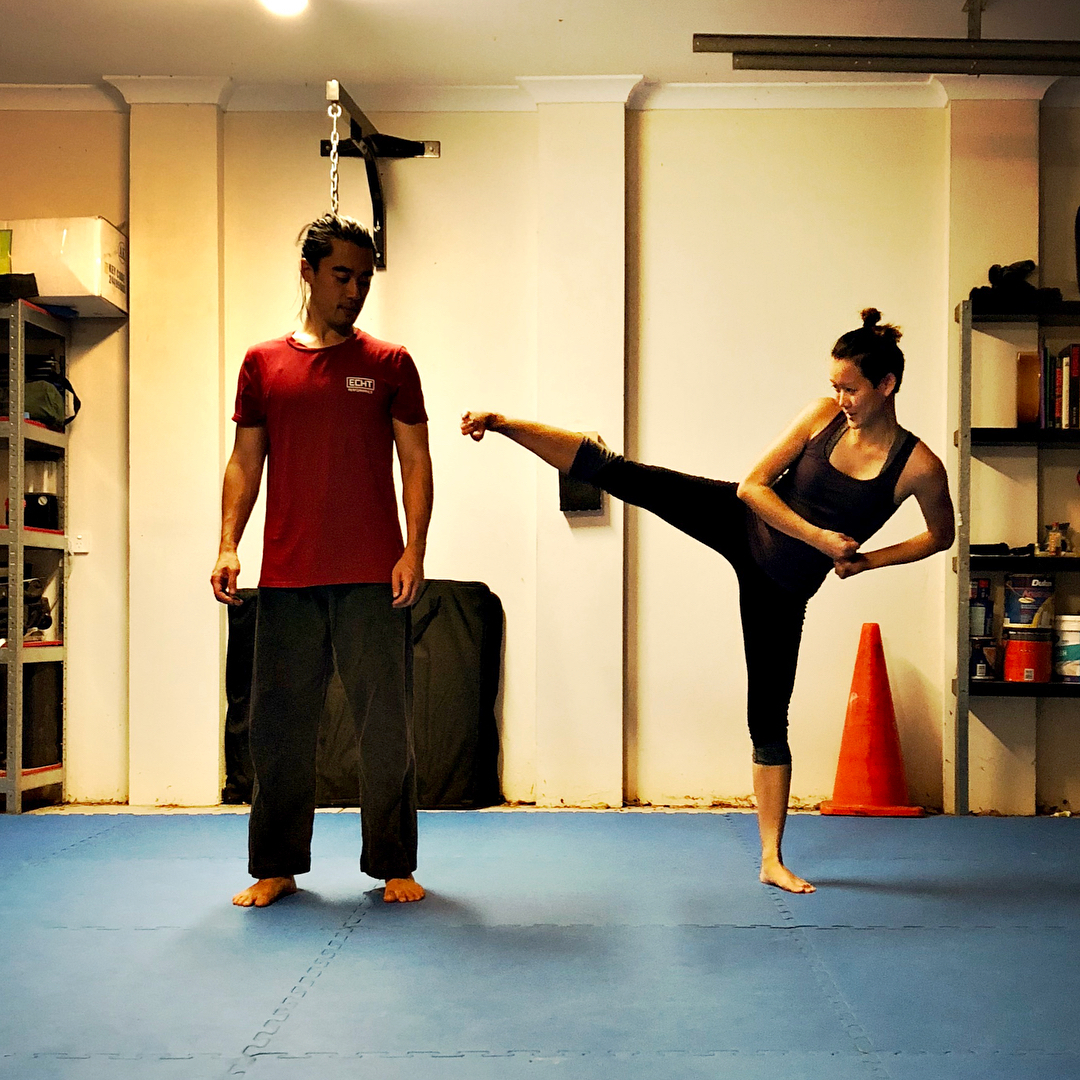 We have some teenaged yellow belts in our school. They're amazing and learn stuff super fast. I wonder if the blue belt filter will turn out to be exclusive to adult students, because I can't imagine these kids losing their shit in three belts' time.

So, now to await my results. I should find out next class or the one after, but pass or fail, I had a good time. It's given me plenty to think about.