Whenever people ask me what's been going on, I experience a moment of utter panic. Not only do I have to remember what's happened, I have to pick a timeframe of events. Then if I don't know the asker well, I have to guess if they're a normie who doesn't want to know I'm training my cat to walk on a leash. 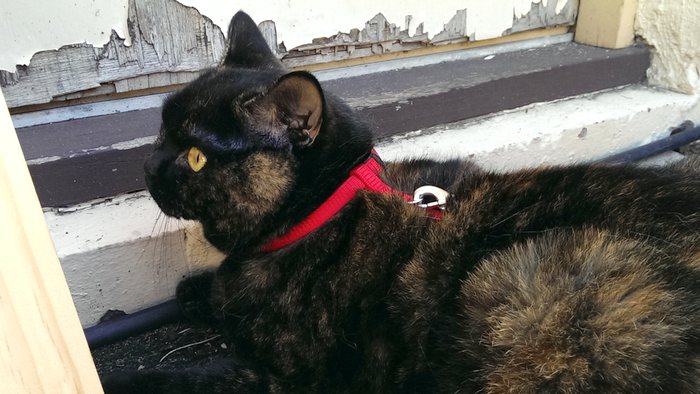 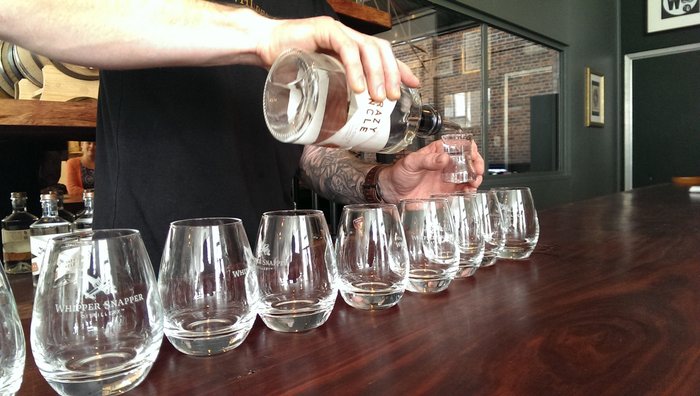 A couple weeks ago, we went to the Whipper Snapper Distillery, which just opened in East Perth. They were preparing for the official opening, so we got a "behind the behind-the-scenes" tour. I feel totally hipster about that, but would like to go again now they're properly open. 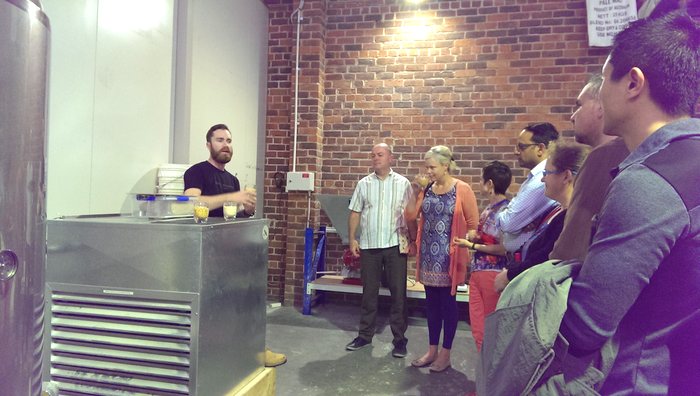 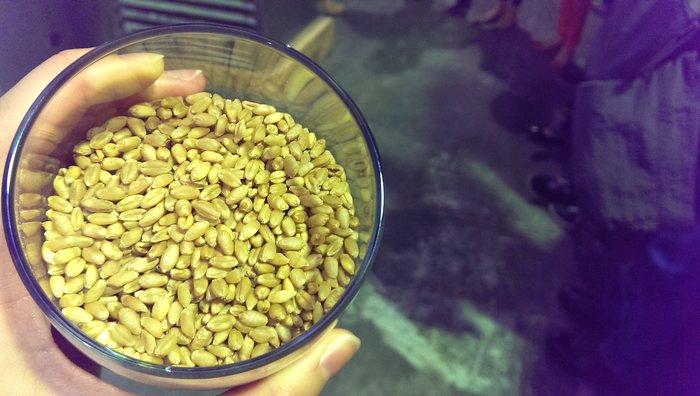 We learned about the whiskey-making process. First, it starts with making a grain mash to ferment (into beer!). The liquid part is then distilled in a giant steampunk looking machine. 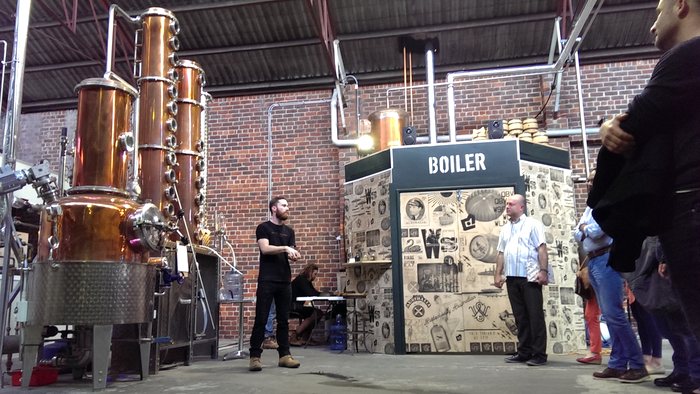 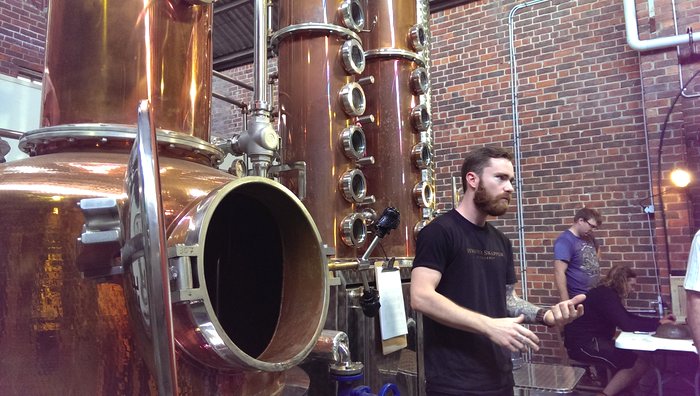 After distillation, you get alcohol. "Moonshine", you'd call it when you're making it on the sly at home, except these guys are doing it legally, and really distilling the fuck out of it, more than any normal person would. From there, the spirit is aged in barrels, where is takes on flavours and colours from the wood. Once aged, it may be called "whiskey". 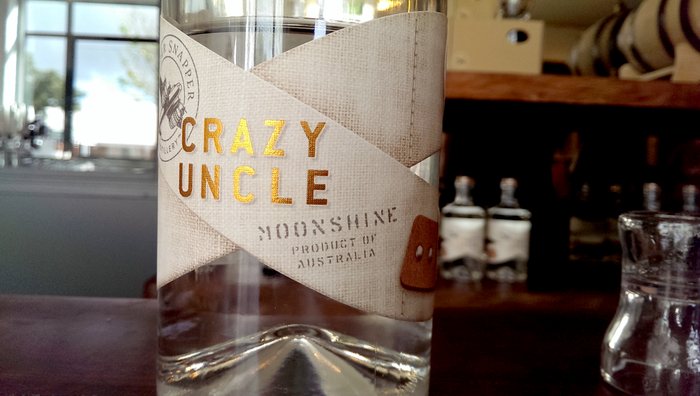 Their whiskey was still in barrels, but they had some bottled moonshine on hand, which is pretty much pure alcohol, watered down to make it consumable. I may reconsider my highbrow prejudice against drinking this stuff. The feeling it leaves is exactly like the first 5 seconds of chomping on cool mint chewing gum, only it goes for ages. It just tastes fresh forever. 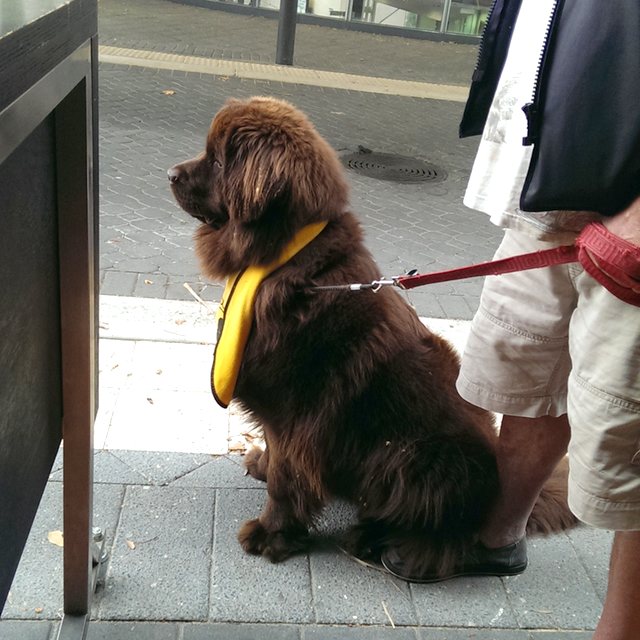 Last week, I saw a Newfoundland dog for the first time ever. He was only 10 months old, and MASSIVE. I can't believe how big they get. Yarr, I want a dog. As soon as there's room in our lives, our animal empire shall grow.

Visited a Bar Pop in the Urban Orchard in Northbridge. For a bar with no fixed address, they have a decent range on the menu. Charging pub prices, and I'm sure the serves are smaller, but worth it to sit outside on a nice evening.

When the weather warms up here, the city fills up with cool festival and pop-up type stuff. Markets, arts events, portable fooderies - how ephemeral! Perth Cactus and Perth Arena notwithstanding, this end of the country is coming along nicely.

I had the privilege of taking photos at the first IAOMAS conference in Australia. I'm barely above a white belt at photography, so I felt pressure to step up and be responsible for something official.

What an experience! The most awe-striking was being around female instructors. I don't get much out of "all girls" and "for women" culture, and I don't gravitate to other people based on gender, but in sport, there's only so much I can relate to male body parts because I don't have male body parts. Seeing something done by someone who's built like me makes it easier for me to learn it too.

Some maths happened. It was one of those moments where you remember school, thinking, "I'll never need this in real life!" Turns out if you ever want to do anything fun with computers, you do need it. Every day, stuff like this comes up, and I'm so grateful we have the internet. 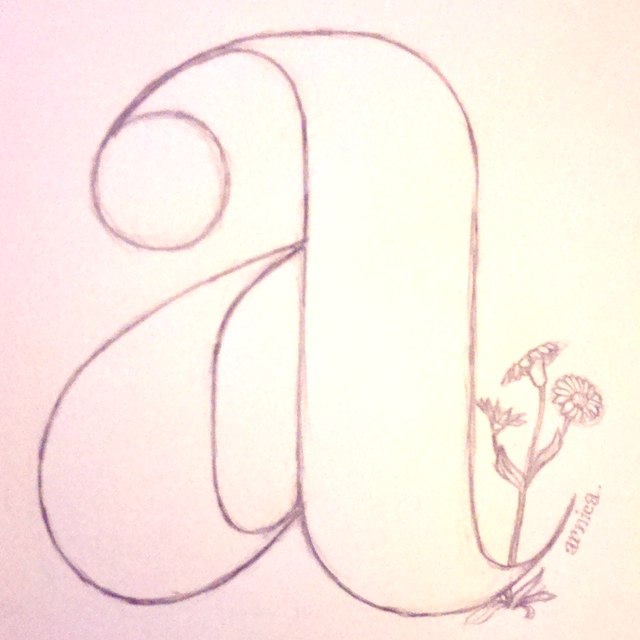 Started something new this week. There's a bunch of stuff I've wanted to learn for ages, but couldn't find time, so obviously the solution is to make art as an incentive to study them all together.

This is "Alphabotanicals" - studies in type, plants, and drawing. More on this to come.

Finally, I gave blood today. I hate it, yuck. Needles have given me the willies since that time. I managed to give blood since then, but that was rubbish too cos they only let me have a muffin. I gave them half a litre of my life essence and all I got was a stale muffin.

I carry a small fear that I'll regress to my stressful, sedentary lifestyle of 10ish, 11ish years ago. When I go for more than a few weeks without football, when my weight stalls or drops, I fear my efforts over the last decade were for nothing.

But today, I'm weighing in at 49.5kg (clothes on) with a haemoglobin reading of 152. I am still healthy.

This evening, I am enjoying the thunderstorm and some computer games. ^___^

So, what's been going on with you?