First project of the year: fermenting.

I have begun my adventures in breeding microscopic livestock. Let me tell you about this smelly and already-tasty undertaking.

Just after Christmas, we bought a bottle of MOJO Ginger Kombucha after rattling around our area looking for a health food shop that a) was open and b) sold SCOBY. SCOBY is a symbiotic culture of bacteria & yeast, sometimes referred to as a "mushroom", but it's no fungus. It's the kombucha mother, which floats on the surface of a sweet tea, producing tasty kombucha through fermentation. 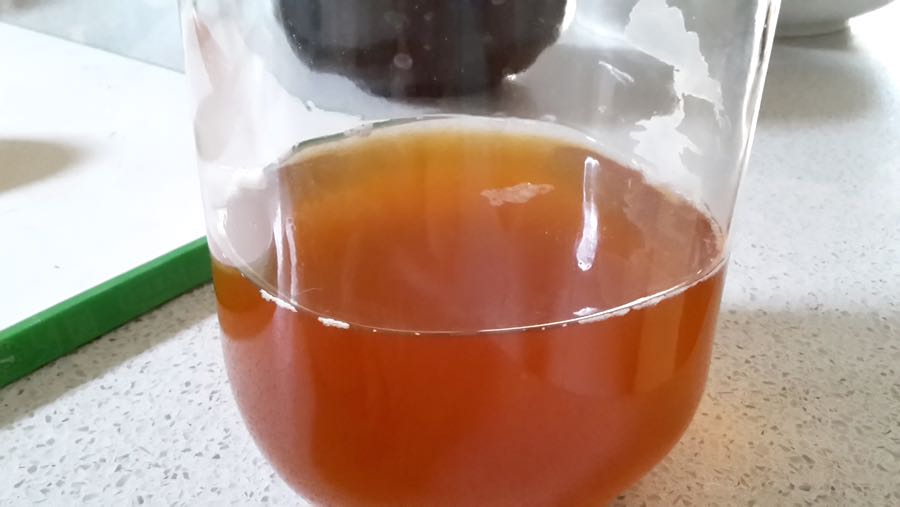 I found an article on how to grow your own kombucha mother from a store-bought drink. It was a long shot. The first 4 days were intense. I'd check on my jar 2-3 times a day to see if any fuzzy mold had formed, but none did. Instead, from day 2, I saw a film begin to form on the surface of my tea. This would grow thicker and larger each day until it formed an ugly blob. My mother was born. 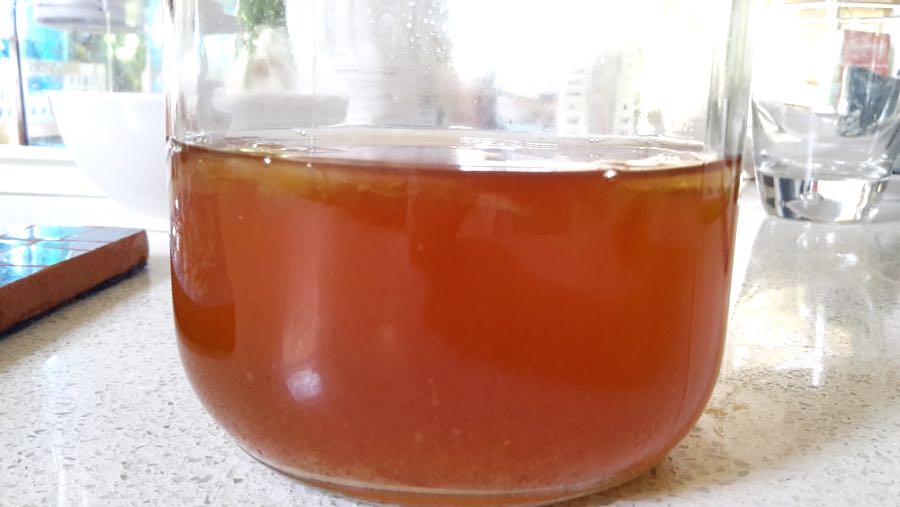 Last night, my SCOBY got to 1/8" thick and, according to the article, ready for another feed. Before topping up the jar with more sweet tea, I poured out half of the original liquid and had a sip.

After just 9 days, we went from having bottle dregs to something that definitely tastes like kombucha. :) It's been more than 12 hours since, and I've not been sick yet. Can't say for sure until the SCOBY is ½" thick and producing regularly, but looks like we're doing all right so far.

I've read that mother grown from bottled drinks might not make strong children, so we may end up having to do this all over again at some point. As a home science experiment, though, I'm very curious to see how well this baby mother will go. Right now, I'm brewing only black Madura Tea Premium Blend, but I've read it's worth trying other types of tea for different flavours, so there may be more experiments to come. 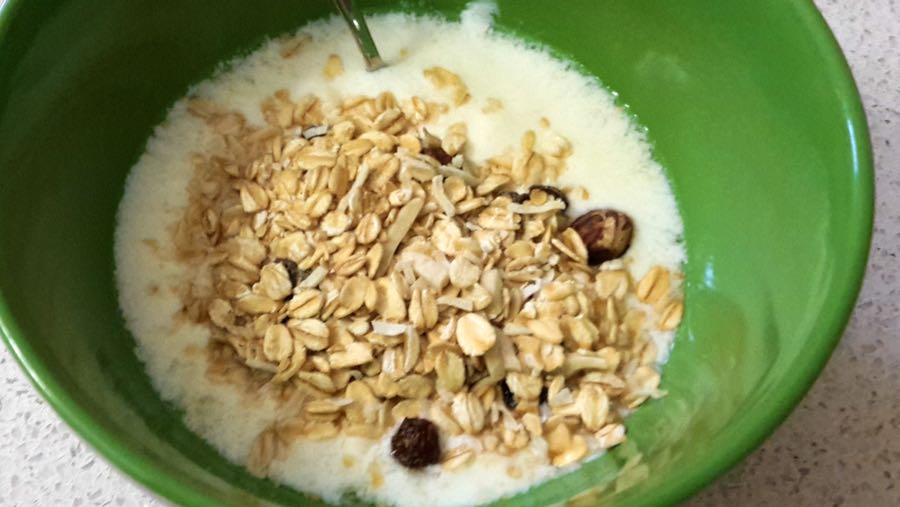 Perth has been warm lately, and my little workers have been going like the clappers! Mum gave me kefir culture less than a week ago, and I've already had two little serves of homemade 'yogurt' with muesli. Did not get sick after. I call it a win.

The kefir process was less involved. I had someone to show me how to do it, which brought my stress levels way down. I don't think I could have done this before, when I was first offered kefir cultures. Yogurt wasn't on my regular menu, and I didn't understand fermentation enough to feel safe trying it. But it's easy now, and seems to fit well into my life. Let's see how long that lasts, huh?

A kefir culture looks like little cauliflower florets. They're also a SCOBY, bunch of yeasts and bacteria just hanging out. I got a culture that was wet and already working, but if you buy them from a store, they may come dry and require 'activation' (basically soaking them in milk until they're soggy and plump). I added full cream cow's milk and my kefir got to work.

It takes a little doodling to figure out how much milk to use and how long to leave it for, but a reasonable guess worked well enough for me. Again, the first few days saw me checking a few times a day. The pantry smells odd, with both kefir and kombucha fermenting together, but not unpleasant. Sour and clean. 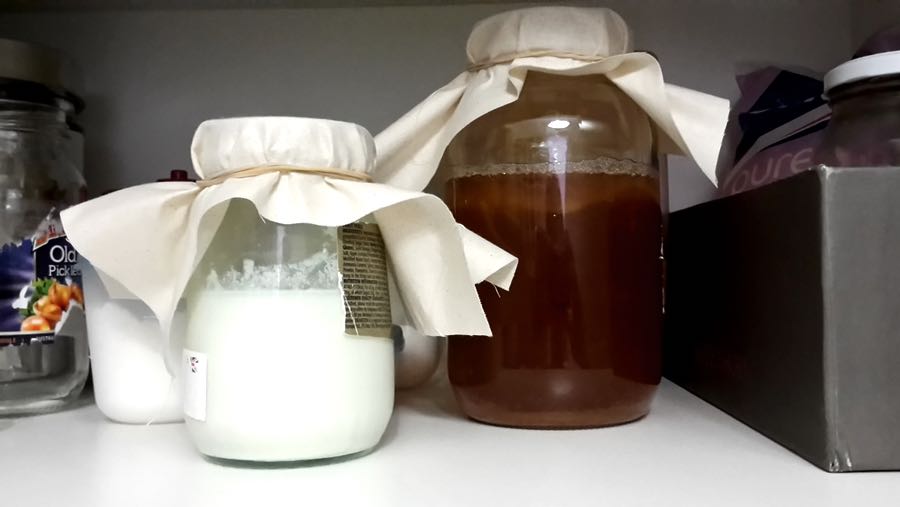 What else to make?

I'm only a week into fermenting, so it's hard to say whether this is a sustainable activity or just flavour of the month. The hot weather has all but destroyed my motivation to garden, which makes me doubt my commitment to everything. Ho hum. I thank last autumn's surge of activity for providing us with zucchini, basil and grape tomatoes over the last month and a bit.

We did get sunflower seeds after all. Learned it's much faster and less painful to harvest the seeds first, then let them dry. Plucking tiny kernels from a rock-hard flower head is for people made of stronger stuff.

Anyway, sourdough is next. A friend gave me a Herman the German sourdough starter today, so maybe we'll bake something wholesome and fuddy-duddy soon. :)