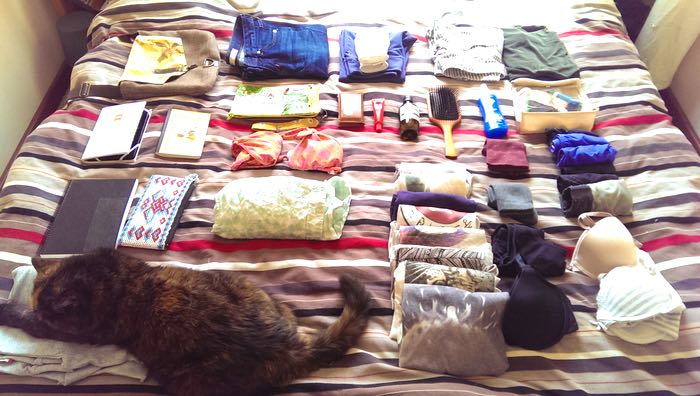 We went away for the weekend. Spent 3 days away. Lucky I have a useful cat who helps me pack. Cats are good at helping you pack. 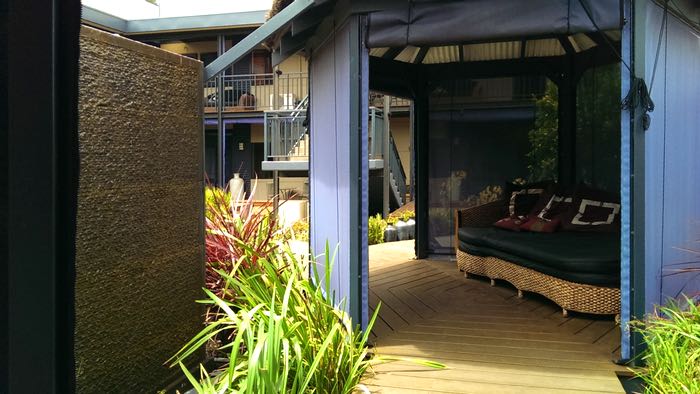 I love Dunsborough. We stayed at the Bay Village Resort, a quaint, clean collection of apartments, cottages, chalets and villas. It backs onto The Pour House, the pub we seem to visit every night when we're there. Upstairs from the pub is a food place. Last few times we went, it was a burger joint. Now it's a bar-restaurant called Meat People. 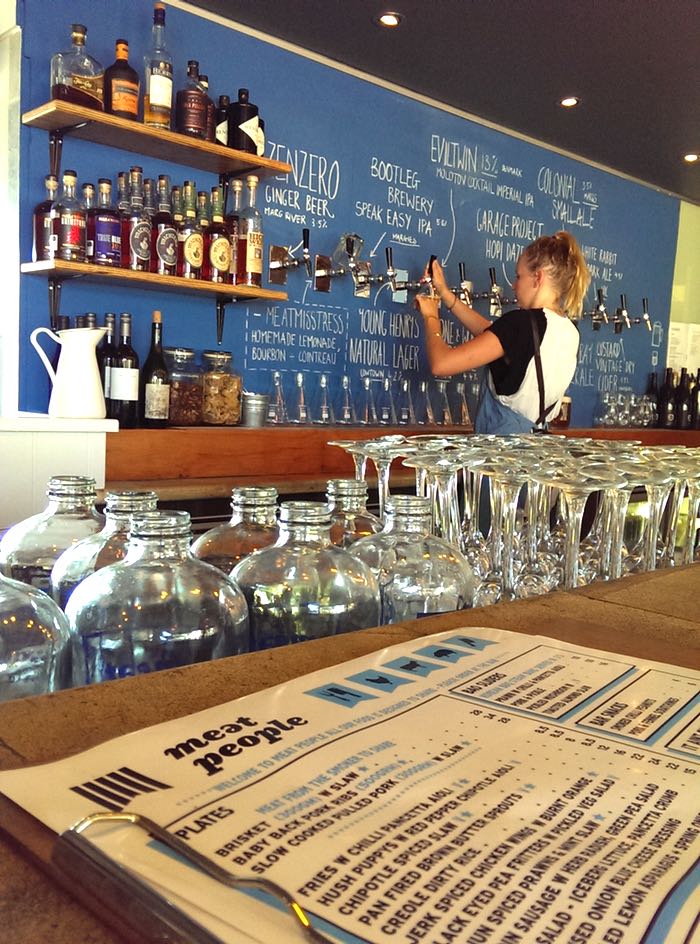 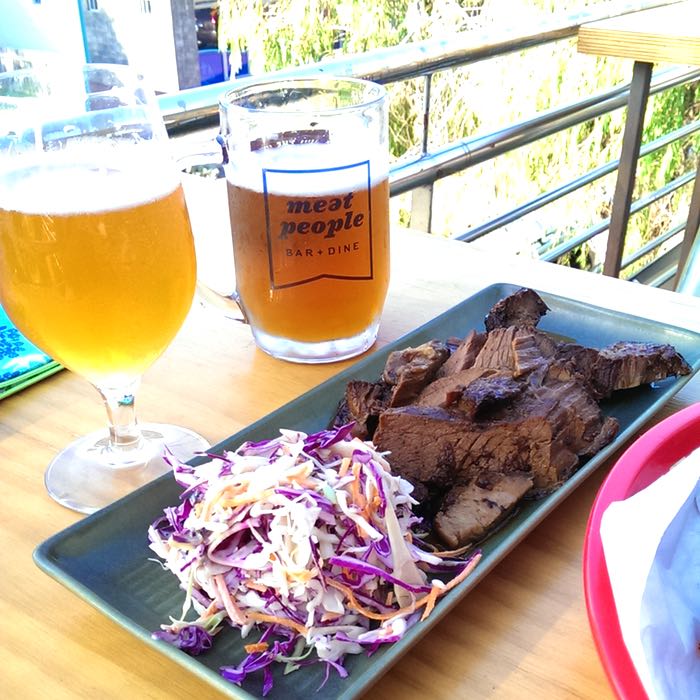 We ate there a lot. I decided to be good and not take pictures of every meal. But I did take this one meal. The beef brisket, served with slaw. In fact, there's slaw all up in this place. And the salad garnishes for some of their other dishes are bloody awesome. One salad was a mix of rocket, dill, mint, coriander, and pickles. So good. 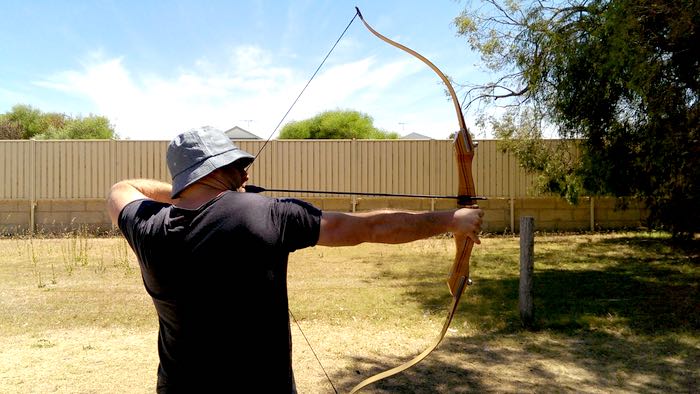 A round of archery ensued. Niaal spent the lead-up getting pro tips from an ex-competitive archer friend, while I had to make do with what I remembered from the ever-so-safe Lars Andersen video (no, don't copy him, you'll get kicked out of the park). Out of the two of us, I came second, which I think is a decent effort. 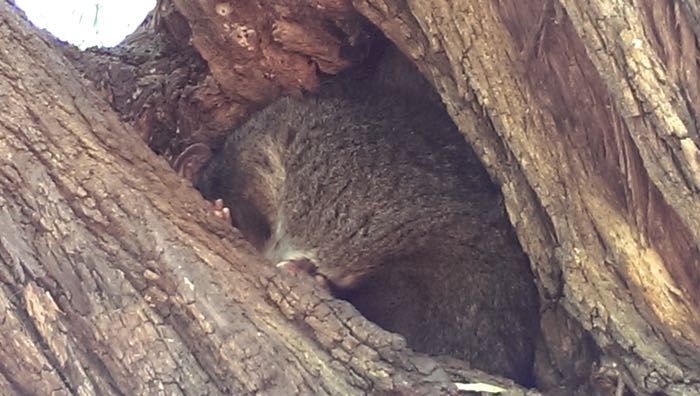 And we saw a possum napping in a tree! This was at the Busselton Archery Family Fun Park, which is pretty foresty. They have a cute mini-golf course too, and a go-kart zippy track for kids. Nice way to spend an hour or two in the morning. 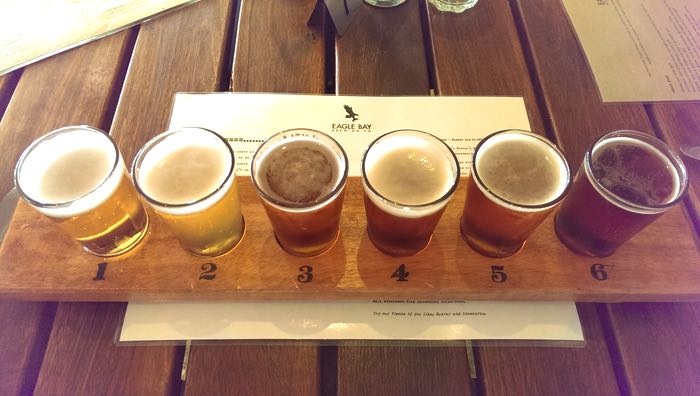 Then came the beer paddle. I'd love it if more non-brewery pubs did this in Perth. Maybe a themed palette, or a tour of craft beers, or something like that. As much as I love a good pint, I can't put away so many now, so I get two beers at most out of an afternoon session. And if you're having a whole pint, you gamble when you switch away from something you like. 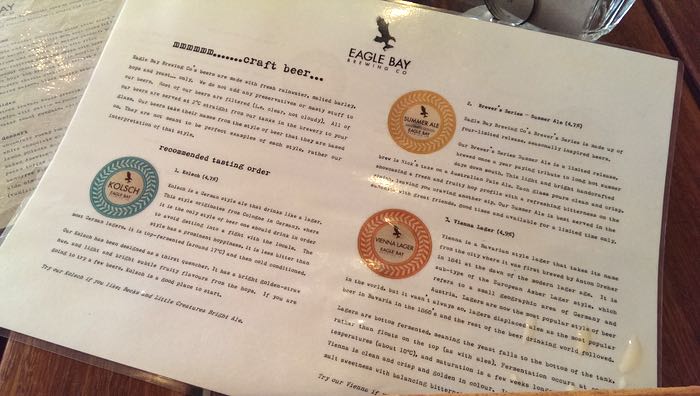 Anyway, of course I got the Eagle Bay paddle. Kolsch and Mild were my favourites. :D 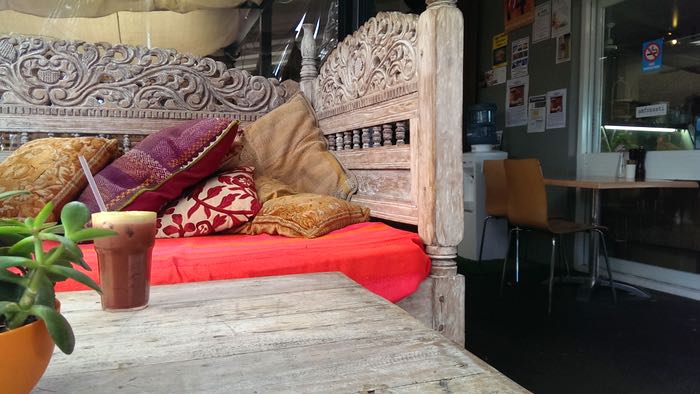 I like the breakfast at Evviva Café. I don't know why they need 3 v's in their name, but it doesn't make their food any less tasty. The decor is nice, bit hippy and hipster-ish, and mostly outdoors with a grassy area. 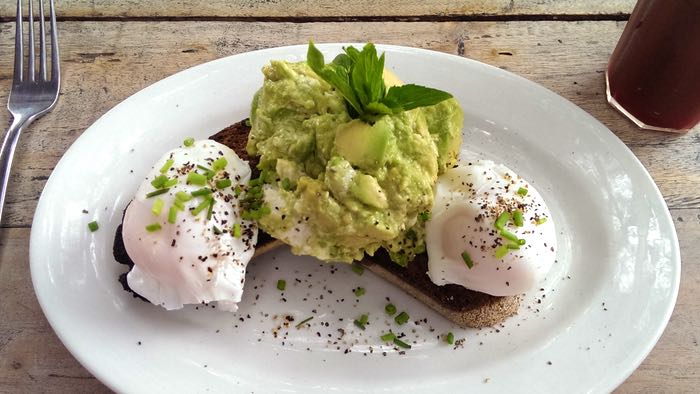 I loved my savoury breakfast, but Niaal's sweet pancakes were for the birds. Literally. 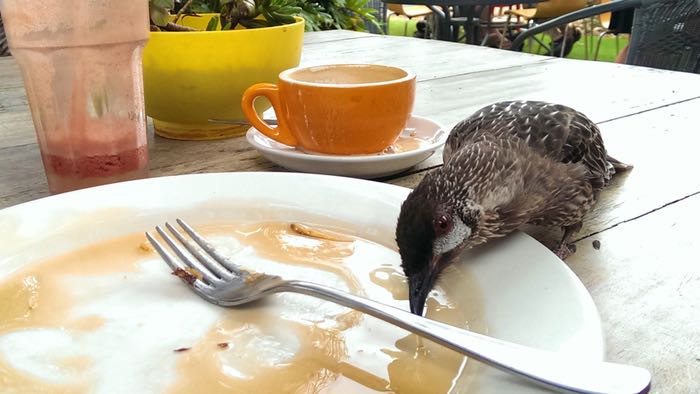 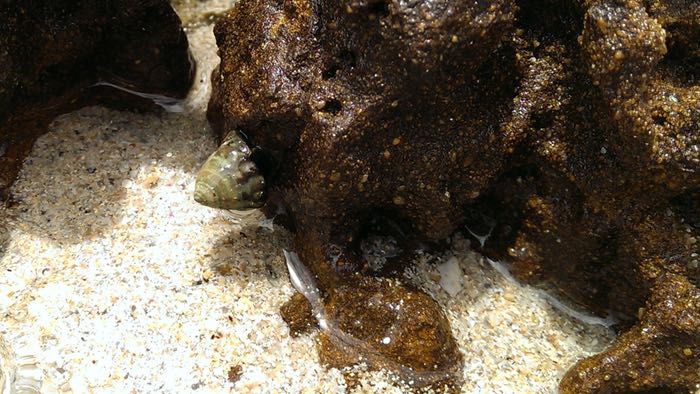 We did a lot of beaching, and looking at things on the beach. Here is a banded periwinkle (Austrolittorina unifasciata), a type of sea snail. 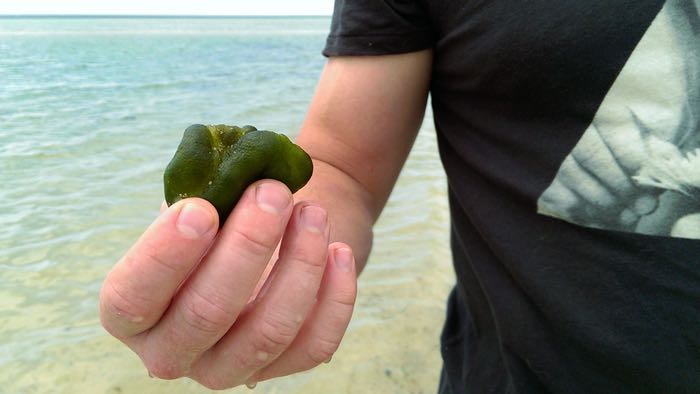 This is a sea booger. 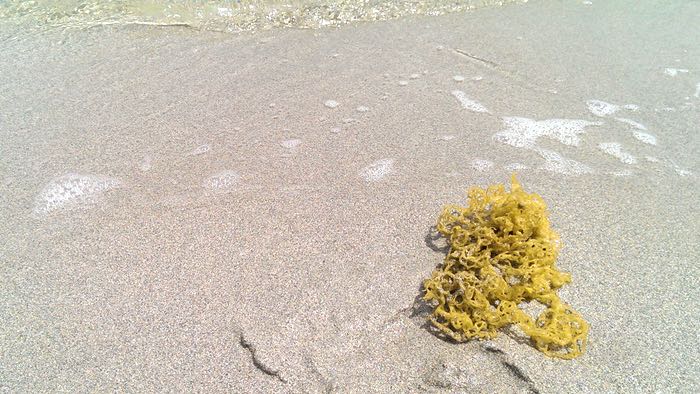 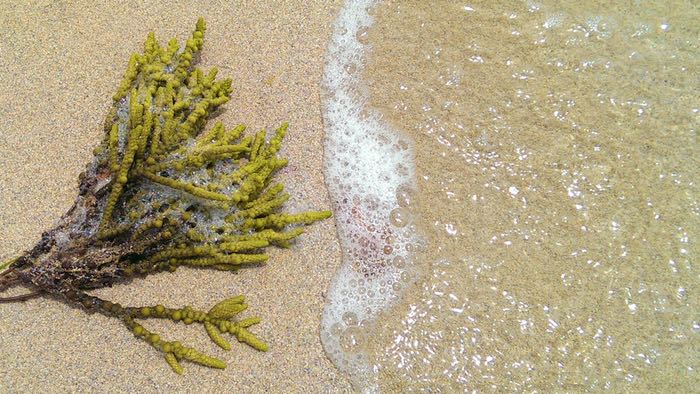 A sea tree of sea peas. 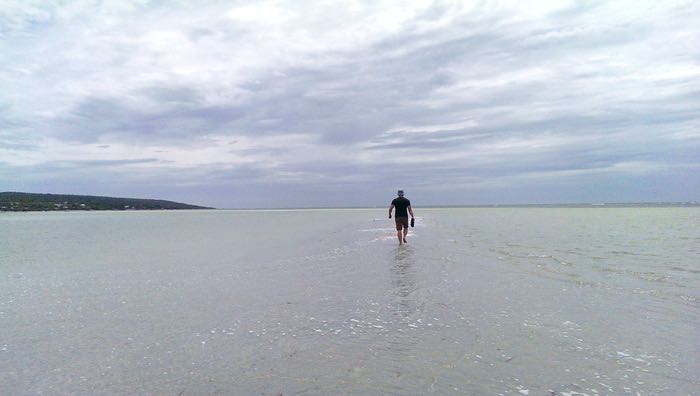 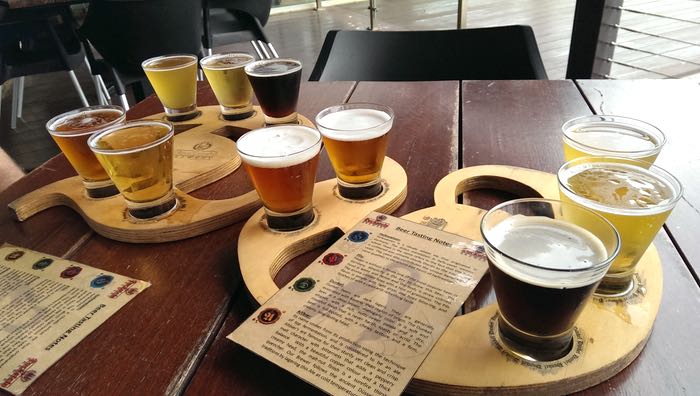 And then more beer. This time at Duckstein. 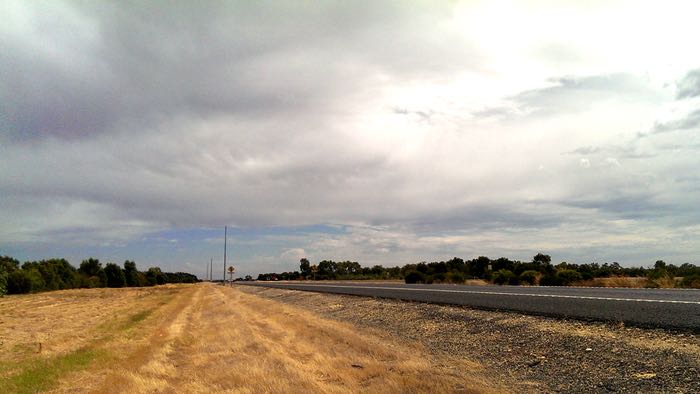 It's nice to be home now, and back into the swing of things. I admit, I did spend a bit of time thinking about what to do when we got home.

One big thing is planting jasmine in the front garden. People have told us it's their only plant going crazy in the heatwave, and I'd like a hardy summer plant to create a microclimate and keep other plants alive. But more about that later. We're definitely not in a heatwave at the moment (week of thunderstorm).

Another big thing is making stuff from stuff I've grown. But not cooking. We don't eat or cook enough to keep our crops in check. Without a steady purpose for herbs, it's hard to be motivated about maintaining them. So maybe if I start making nice lasting things, like infused oils or soaps, it'll be easier to stay diligent about the cultivation. I'd like to explore this more.

But I feel a psychological wall between me and all these things. A wall that's probably always been there, which I'm only seeing properly since starting to get my house in order. Cleaning has surfaced much that I initially procrastinated on, then tucked away. I'm only a couple months into the 6-month konmari campaign, but with just a bit of clutter gone so far, I can actually see the stuff I'd set aside "for later". And I have now done a few of those "later" tasks.

So, I suppose the most important big thing now that we're home will be to persevere with cleaning.