I found this bugger in my basil. LOOK HOW BIG HE IS! My hand would be just enough to hold him. I think he might be a Valanga irregularis, a hedge grasshopper, and that he might actually be a she, judging by the size listed on the DAFF site.

According to the internet, they feed on leaves, and are thus pesty. There are massive bites taken out of one of our chilli plants. And she didn't leave in a hurry when I watered, so I suspect she may have just laid eggs in my garden bed. Argh x 2! Never mind. Let's think positive - maybe her presence will attract lizards and mantises to my garden. 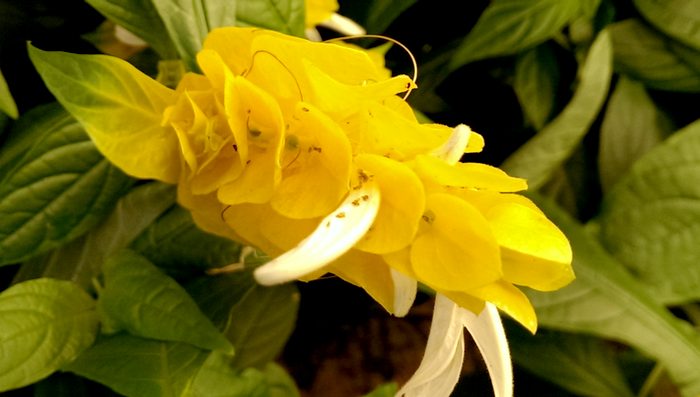 Last week, nursery received a set of flowers with aphids. Boo. A common but destructive bug, aphids suck the sap out of a plant, eventually killing it if the infestation is too extreme and left untreated. You can spot the bugs as little yellow, brown or green pinheads on leaves, stems and petals.

Treat aphids with insect oil. The internet generally recommends neem oil, but I saw a bottle of Multicrop EcoPest Oil in our supplies - I think it's the same or similar.

Our aphids actually got sprayed with an insecticide called Confidor. I'm not into chemicals like this, because I'm scared of hurting bees, but I have to learn about them for school. That said, I was unwell recently and thought it might be a parasite. My first instinct was to look up how I might poison my own blood to get at the intruders. So maybe systemic insecticide isn't all bad.

The active substance in Confidor is called Imidacloprid, a neurotoxin to insects, resulting in convulsions, paralysis and eventually death. It's not very toxic to mammals, but you wouldn't want to eat food covered in it. The chemical is absorbed into plant xyelm (the bits that conduct water and nutrients) and stays present in the plant, thereby turning the whole plant into kind of an insect killer. 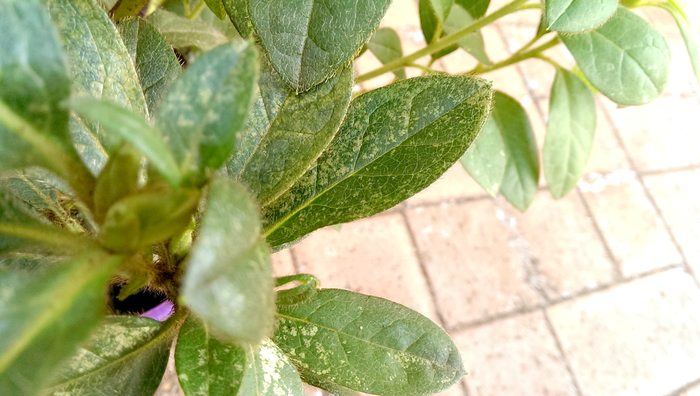 It's sad to see a plant afflicted by bad bugs. We found azalea lace bugs on some older plants. See the mottling on the leaves? That's from the bugs feasting on the underside. The mottling remains permanently on damaged leaves. 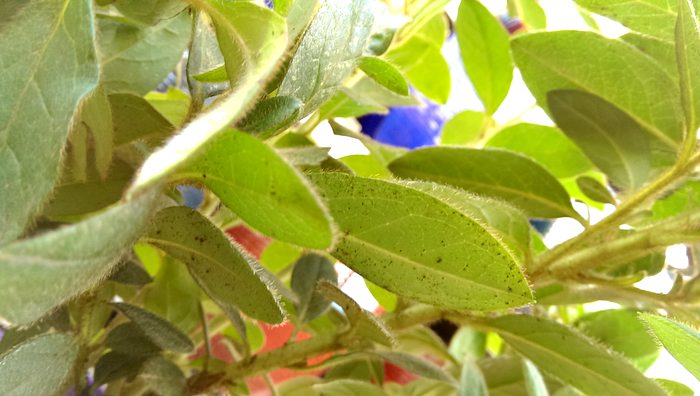 In spite of my chemical paranoia, I applied the insecticide spray and mentally crossed this off the bucket list. If faced with the same problem in my own garden, I would try pyrethrin first - this also an insect neurotoxin, but breaks down more quickly than imidacloprid. I've been told just growing pyrethrum daisies can be enough to repel insect pests; would love to hear from someone who's actually done it and knows. 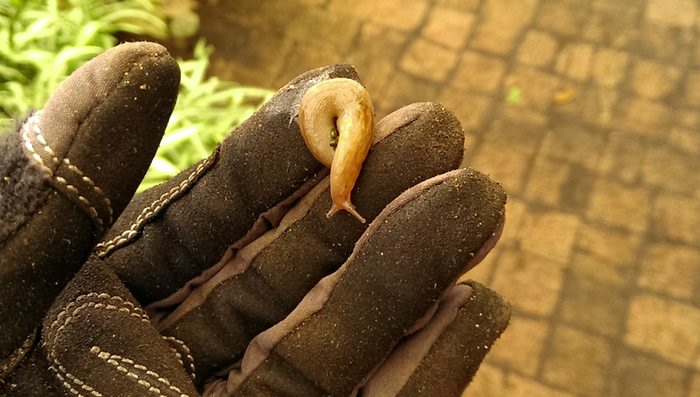 While cleaning under a shelf, I found a little garden slug. These don't seem to be as big a problem in retail nurseries as they are at home - at least at my home. The coffee grounds trick doesn't work for me, but beer traps never let me down. Slugs and snails are lured by the delicious yeasty scent of beer, and indulge themselves to drowning. You do have to tip out the slug-filled gluggy old trap later, though.

Finally, I learned about a pest of another kind - dodgy humans. Our three toughest looking teammates casually loitered to keep an eye on a notorious sticky-finger. My nerf life makes me complacent about this type of thing, but it is very real. Some people live by lying, cheating, stealing. Some people are dangerous. Retail serves all kinds of people, including those who venture into these lifestyles. A staffer told me not to worry about staying out in the nursery after dark if there was anyone else out there I didn't feel safe around. So that was sobering.

I saw some interesting bugs today, but didn't have the camera ready. There was a cute fluffy white bug, looking similar to a woolly aphid but not the same. A customer brought in a leaf asking about his little white bugs, which may have been white mite but there were no webs. And I hung out with a friendly wasp inspecting the flowers, possibly a flower wasp.